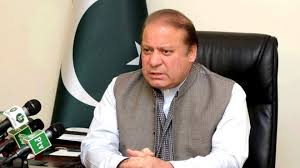 International and local media houses flashed the news on internet instantly, capturing the attention of thousands, making trend #NawazShairf popular with over 25,000 comments, where intellectuals, politicians, journalists and general public freely expressed themselves.

AlAzizia Verdict, Accountability Court, Bring Back Our Money were some of many other popular hashtags. The PML-N supporters insisted that their leader was politically victimised, while PTI supporters praised Imran Khan for sending, what they call looters, to jail.

“I don’t care if Nawaz Sharif got even one year’s jail sentence. I just want all his money back for Pakistan and all his assets confiscated, @mariamsmadness wrote.

Reham Khan, former wife of PTI chief Imran Khan, posted an interesting comment on the verdict. “The plot and the ending are so predictable it’s boring now. Need a new drama guys. Fresh scriptwriters with new content. This third rate formula film is so past season,@RehamKhan1 wrote.

After the release of controversial book – detailing the period of her life she spent with Pakistan Tehreek-e-Insaf Chairman Imran Khan as his second wife, PTI has been blaming PML-N for sponsoring the content of the autobiography, a claim which has been strongly rejected by PML-N and Miss Khan herself, but her tweets are nothing but intriguing.

“Selective justice only damages further the credibility of already disgraced NAB and re-endorses the bias towards Pindi installed PM,” she wrote in her series of tweets.

The social media accounts of PPP were silent on Nawaz Sharif’s sentence as they were busy in a bigger problem, banning of trading and transfers of the properties of the top leadership, from Supreme Court, on the very same day, in case of alleged fake bank accounts to top boss – Asif Ali Zardari. Among various venomous and jubilation posts some were full of wisdom.