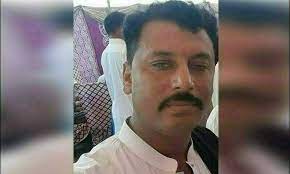 Karachi: The Sindh High Court on Tuesday issued notices to the prosecutor general of the province and others on an application filed by the National Commission of Human Rights (NCHR) seeking a court direction to the trial court to include it as party in the Nazim Jokhio murder case.

The NCHR submitted in the application that commission had filed an application with an anti-terrorism court for becoming intervenor in the Nazim Jokhio case as there was gross human rights violations by state functionaries and a PPP MNA facing charges in the case.

The applicant’s counsel submitted that the investigation officer had submitted a fresh challan to the anti-terrorism court, exonerating MNA Jam Abdul Karim and his brother MPA Jam Owais on the pretext that the deceased’s wife had forgiven them although it was on record that the complainant and the victim’s family were subjected to unbearable pressure from the influential accused and the Sindh government and they had even complained of this.

He said the investigation officer had also sought transfer of the case from the anti-terrorism court to a session’s court and the trial court did not pass an order on the applicant’s plea for becoming intervenor in the case and observed that the point of jurisdiction shall be decided first.

The police had submitted a charge sheet to the anti-terrosim court after excluding the names of thirteen suspects, including Pakistan People’s Party MNA Jam Abdul Karim and his brother MPA Jam Owais.

Filing the charge sheet with the administrative judge of anti-terrorism courts, the investigation officer included Section 7 of the anti-terrorism act in the case, but named only two supsects, Haider Ali and Mir Ali, who were sent for trial, while one accused, Niaz Ali, was shown as absconder.

Police had on January 26 submitted a charge sheet in the Nazim Jokhio murder case before a judicial magistrate of Malir against PPP MPA Jam Owais and four others arrested suspects, while declaring his brother MNA Jam Abdul Karim and four others as absconders in the case.

The police investigation said that motive of Nazim Jokhio’s killing was his action for uploading the scuffle video with foreigners, who were hunting houbara bustard in his village. A police officer submitted that Jokhio was tortured at the Jam House by MNA Jam Abdul Karim and later by his brother Jam Owais and his guards Mir Ali and Hyder Ali for uploading the video of foreign hunters.

Jokhio’s tortured body was found at the Jam House, said to be owned by MPA Jam Awais, in Jam Goth on November 3, 2021.