Responding to a question raised by Majid Khan Achakzai during the provincial assembly’s session on Monday, the chief minister said that people’s complaints were genuine and it was the responsibility of the departments concerned to redress their grievances.

The session was presided over by Speaker Mir Jan Mohammad Jamali.

While requesting the doctors working in out-patient department of state-run hospitals to call off their boycott, Dr Baloch said the government was making concerted efforts to trace the abducted people, including Dr Munaf Tareen. He added that patients were suffering because of the boycott.

Members taking part in the debate on the adjournment motion tabled by opposition lawmaker Shahdiya Rauf criticised the recent hike in petroleum products and asked the federal government to withdraw the notification. Rehmatullah Baloch, Obaidullah Babat, William Barkat and Ruqaiya Hashimi said the increase in petroleum prices had badly hit the common man because of its spiralling effect on the cost of other items.

They held the Oil and Gas Regulatory Authority responsible for the price hike and asked the federal government not to accept each and every recommendation of the regulatory body.

The house adopted a joint resolution demanding gas supply to Mangochar. Through a second resolution, members asked the government to rename 1,000km area of the Arabian sea surrounding the Balochistan coast as Baloch ocean as was known in times before Christ.

A third resolution called for officially observing polio day in all schools.

An adjournment motion tabled by Obaidullah Babat was admitted for debate on Oct 9. The motion sought the arrest of farmers who had defaulted on repayment of loan to the Agriculture Development Bank of Pakistan.

The session was adjourned till Wednesday. 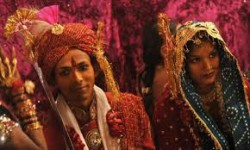