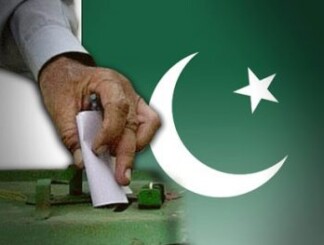 KARACHI: The election to a National Assembly seat (NA-258) in Karachi was massively rigged in the May 11 general elections, it emerged in a report filed in an election tribunal by the National Database and Registration Authority on Saturday.

The seat was won by the candidate of the ruling Pakistan Muslim League-Nawaz, Abdul Hakim Baloch.

The election results of the constituency was later challenged in the tribunal headed by a former judge of the Sindh High Court, Zafar Ahmed Sherwani, who directed Nadra to carry out the examination and comparison of the election material, including statement of count, used counterfoils and photo electoral rolls.

Investigations by Nadra revealed that the thumb impressions on 23,432 ballots could not be compared or matched through the Nadra system because the fingerprints were of very poor quality seemingly due to a lack of essential properties of the ink and inkpad used in the process of balloting.

The report said that only 2,475 of the total 32,865 ballots sent to Nadra for verification of certain polling stations were successfully authenticated.

It said that during the process of verification it was revealed that as many as 4,680 counterfoils contained invalid computerised national identity card numbers, which were never issued by Nadra.

Besides, the report said 435 votes were found not registered in the constituency and the fact was ascertained on the basis of the CNIC numbers mentioned on the used counterfoils. This bogus voting was observed in three different polling stations.

According to the report, there were 1,404 duplicate votes polled by 658 voters mainly in two polling stations.

The report said that as many as 386 used counterfoils were found without having fingerprints on them.

It said that only 2,475 votes were authenticated by Nadra’s Automated Fingerprint Identification System (AFIS). This means that fingerprint affixed on counterfoil at the time of issuance of ballot paper correctly matched with fingerprint data of registered voter held with Nadra in citizens’ database.

The report said that as many as 53 votes failed authentication, meaning thereby that someone else voted against the CNIC number mentioned on the used counterfoils.

The report said that Nadra had proposed to the Election Commission of Pakistan (ECP) certain features of the ink to be used for capturing fingerprints at the time of issuance of ballot paper, but it seemed that the ink used in the polling process did not possess the proposed qualities.

“This has resulted in 23,432 bad quality fingerprints which were unable to be processed through AFIS. However, CNIC numbers mentioned on such counterfoils having bad thumb impressions were valid and belonged to the same constituency.

He said that the whole electoral process in his constituency was marred by serious irregularities, illegalities and law and order disturbances.

The petitioner alleged that whole constituency witnessed unprecedented display of hubris and arrogance from the supporters of the PML-N as well as some other contesting candidates.

He said that total number of polling stations in the constituency was 287 and most of the polling stations were controlled by the supporters of Mr Baloch, who in collusion with the polling staff demonstrated the extent of rigging by filling the ballot boxes at their whim and made travesty of the whole electoral process.

The petitioner stated that the ballot boxes were stuffed with fake ballot papers by the supporters of the PML-N candidate and other candidates in several polling stations.

The petitioner pointed out that he also found some original ballot papers lying abandoned near one of the polling stations and this fact clearly established that ballot papers were in the hands of miscreants and supporters of the contesting candidates and the polling staff had no control over it.

He asked the tribunal to declare that the election held on NA-258 (Gadap) was illegal, unlawful and unconstitutional and tainted with illegal and corrupt practices, as such the polls were null and void in the entire constituency.

He further requested the court to direct the ECP to conduct re-polling in the entire constituency under the strict provision of law-enforcement agencies.

The Nadra report also explained its entire process of verification of the votes. It said that the statement of counts, counterfoils and photo electoral rolls were scanned and loaded into a database to preserve election material in electronic form. This operation was performed using auto-feed high-speed scanners at the desired image quality of 400 DPI, or Dots per inch. After scanning, digitisation operation commenced wherein NIC number was captured and fingerprints/thumb impressions were electronically extracted from the scanned images.