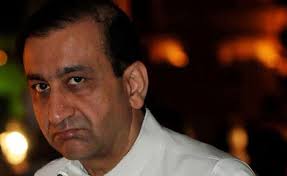 ISLAMABAD: Mir Shakil-ur-Rahman, Editor-in-Chief of the Jang-Geo Group, is in the illegal custody of NAB as the National Accountability Ordinance 1999 does not authorise the NAB chairman to arrest anyone at the complaint verification stage.

A source who closely works with the NAB told The News that Mir Shakil-ur-Rahman’s arrest is a serious chargesheet against NAB itself. The source said that according to the Section 24(a) of the NAO 1999, “The NAB chairman shall have the power, at any stage of the (inquiry or) investigation under this Ordinance to direct that the accused, if not already arrested, shall be arrested.”

The above provision of the NAO 1999 clearly authorises the NAB chairman to issue order for the arrest of any accused at the inquiry or investigation stage. Mir Shakil-ur-Rahman was arrested on March 12 by the NAB Lahore following the orders of the NAB chairman at the “complaint verification stage”, which is the pre-inquiry stage.

The sources said that originally under the NAO 1999, chairman was empowered to arrest an accused at the stage of investigation. But in 2000 an amendment was made that made an addition of “inquiry” in the Section 24(a).

The source said that in these SoPs’ the complaint verification stage is stated a confidential stage only to verify whether complaint is correct or not.

The source also shared the NAB’s SOPs with The News. These SOPs contain a chapter for “complaints handling” and defines complaint as, “Complaint means the allegation made orally or in writing to NAB chairman with a view to his taking action under the NAO-1999 that some person whether known or unknownhas committed an offence under the NAO-1999.”

These SOPs envisage that for the purpose of receiving, sifting and verifying complaints, a Complaint Verification Cell is working in each Regional NAB headed by Director/Deputy Director Complaint.

First, they refused this request as well but later they agreed to it when Mir Shakil-ur-Rahman while pointing towards the CCTV camera installed there told them that it was being recorded that he was asking for even verbal questions but the NAB officials were refusing.

It was then that NAB officials dictated 13 questions that he had noted down on a piece of paper. Mir Shakil-ur-Rahman told them that he would bring answers to these 13 questions on March 12.

On March 12, Mir Shakil-ur-Rahman entered the NAB Lahore office with answers to those 13 questions that NAB officials had themselves dictated to him. With his answers, the Jang/Geo Group’s Editor-in-Chief also took with him all the relevant documentary evidence.

NAB follows four stages in every case. These stages are i) Complaint Verification, ii) Inquiry, iii) Investigation, and iv) Filing of Reference. In the case of Mir Shakil-ur-Rahman, the NAB was in such a rush that it bulldozed its own procedures and arrested the Jang/Geo Group’s Editor-in-Chief at the preliminary stage of complaint verification.