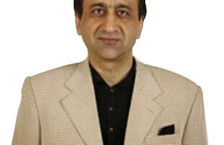 The approval to file a reference against the four suspects in the 34-year-old case was given in a meeting of the NAB regional board here on Wednesday with its Director General Shahzad Saleem in the chair.

According to the NAB, Mr Rahman was allotted 54 plots (each measuring one kanal) in H-block of Johar Town Phase-II Lahore being the holder of general power of attorney on behalf of Hidayat Ali and Hikmat Ali by the then Punjab chief minister Nawaz Sharif in 1986 in violation of the relevant laws/rules.

The suspects in collusion with each other had also included two streets in the allotted land, thus making the total allotted land to Mr Rahman 59 kanals. The land of common passage (street) could not be sold to any person according to the law.

Mr Rahman prepared a sale deed of the 54 plots in favour of his wife and children being the general power of attorney holder of Hidayat Ali. “These plots were then transferred to Mr Rahman by his wife and children. The land for which Mr Rahman obtained general power of attorney was not located at one place in compact form, rather it was located in the form of three pockets at different locations,” the bureau stated.

In the reference, Nawaz Sharif and the two LDA officers were accused of misuse of authority in allotting the precious land along the canal to Mr Rahman in violation of the rules. Under the LDA exemption policy, not more than 15 plots measuring one kanal each could be exempted to Mr Rahman.

Since Nawaz did not respond to any of NAB’s summons and questions, his arrest warrants had already been issued and the bureau announced to have moved the accountability court to declare him a proclaimed offender.

A source told Dawn that the NAB had made 16 prosecution witnesses part of the reference to be filed in the accountability court shortly after final approval from its chairman, retired justice Javed Iqbal.

Mr Rahman has been on judicial remand after being arrested by the NAB on March 12. He is in hospital on medical grounds. He claimed that he had bought the land in question from a private party and no illegality had been committed in this respect.

Former premier Sharif had left for London in November after the Lahore High Court granted him a four-week permission to go abroad for treatment. He had submitted an undertaking to the court to return to Pakistan citing his record of facing the law and justice within four weeks or as soon as he is declared healthy and fit to travel by doctors. Mr Sharif was also given bail in the Al-Azizia Mills corruption case in which he was serving a seven-year prison sentence in Kot Lakhpat Jail.

Maryam Nawaz recently said her father was a high-risk patient therefore his cardiac catheterisation/coronary intervention had been postponed owing to Covid-19.