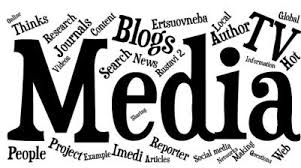 “We, the undersigned, request that proceedings of the house [National Assembly] be adjourned to discuss the decision of the government to establish new Media Regulatory Authority without consulting stakeholders and in the presence of various regulatory bodies to deal with the issues of electronic and print media.

“The government is using such tactics to control media by imposing censorship and by curbing their independence in order to avoid criticism against it. This is a serious matter which warrants immediate discussion on the floor of the house,” said one of the motions.

Information Minister Fawad Chaudhry sparked a new controversy on Wednesday by announcing that a “unified” regulatory body for all media, including social media, would be formed.

A similar move was made in September last year by a few officers of the information ministry who had floated the idea of reintroducing regulations of the 1960s aimed at controlling the press. The move was opposed even by the government and action was initiated against the officers concerned.

The second adjournment motion was filed against abolition of subsidy given by the last PML-N govern­ment on Metro bus services in four cities.

“We want to discuss the decision of the government to end subsidy given to Metro buses operating in Islamabad, Rawalpindi, Lahore and Multan and increase their ticket fares,” the motion said.

The opposition leaders said in the motion that the Metro bus services had been launched with the purpose of providing world class travelling facility to low-income groups at very affordable rates.

However, such measures of the present government would put further burden on the poor as they would find it difficult to pay high ticket fares to avail the facility, they said.