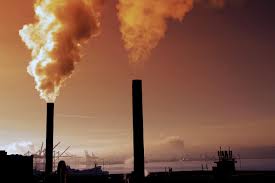 ISLAMABAD: Speaker National Assembly Asad Qaiser said that air pollution has become a serious issue which needs to be tackled at national, provincial and local level.

“The role of Parliaments and Parliamentarians are crucial as they are policymakers and they scrutinize policies at the implementation level. Pakistan being the signatory of Sustainable Development Goals (SDGs) should accomplish its responsibility of fulfilling the targets of pollution-free Pakistan,” he expressed these views while inaugurating the 2nd Conference on “Parliamentary Campaign to implement the Clean Air SDG’s and the Paris Agreement”, organised by Air Quality Asia in the Parliament House on Tuesday.

The Speaker National Assembly said that major cities in Pakistan like Lahore, Peshawar and Karachi suffer from fog every year which indicates the poor air quality and ever increasing air pollution. He mentioned the present government‘s initiative of “Clean & Green Pakistan” and “Billion Tsunami Trees” is the right step to make air clean and fresh in Pakistan.

He wished that this movement should not be limited just to forests and it should be made compulsory for all Housing Societies to have a green belt and each home to plant trees in its courtyard.

Asad Qaiser mentioned about the government plan to sprinkle the seeds on non-accessible forest land. He expressed his fear that agriculture land is being used by Housing Societies and industries carelessly. “There is a dire need to demarcate the agriculture land, he added. He expressed his resolve that both the National Assembly and Senate will cooperate in enacting the laws for controlling this menace,” he said.

He assured participants the support of National Assembly Secretariat and both Houses for making Pakistan pollution-free. He expressed the dire need of mass awareness campaign as our religion Islam also stresses a lot on cleanliness.

Riaz Fatyana Convener SDG’s and Chairman Standing Committee of Law and Justice welcomed the Speaker for inaugurating the 2nd Conference. He said that economic and health impact of pollution and climate change is very severe. He also said that it is their duty to make air clean and fresh for the future generation.

Ms. Shazia Z. Rafi, the President Air Quality Asia briefed the house regarding statistic and implications of air pollution in the region. She said that parliamentarians being the policymakers and policy actors can play a crucial role in implementing the clean air initiative in Pakistan. She said the impact of polluted air on human health is worse than the impact of diseases.

The conference was attended by Senators, Members of the National Assembly and various experts on climate changes.