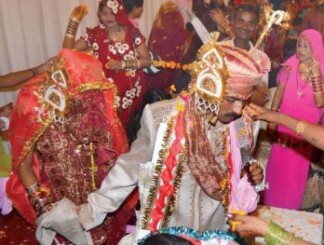 ISLAMABAD: The National Assembly on Monday passed a landmark bill, which seeks to address key issues of the Hindu community, including matters relating to the registration of marriages, divorce and forced conversions

After much delay and inaction, the lower house of parliament voted for the Hindu Marriage Bill-2016. Minister for Human Rights Kamran Michael presented the bill in the house.

“It is a historic day… and the credit goes to (both the) opposition and ruling parties which are on the same page on the draft (bill),” Michael said after the passage of the bill.

On August 17, the National Assembly Standing Committee on Law and Justice tabled its report on the bill which had been pending with the panel since March last year.

The draft law was originally moved by two minority lawmakers — Ramesh Lal of the PPP and Asiya Nasir of the JUI-F. The draft bill was later supported by the ruling Pakistan Muslim League-Nawaz (PML-N).

The absence of a legal mechanism for registration and other aspects of marriage had been creating problems for the Hindu community, especially women and members of the marginalised lower castes in getting travel and identity documents.

Punjab, Khyber-Pakhtunkhwa and Balochistan have consented to the federal government to formulate a Hindu marriage law that they would then adopt, while Sindh had formulated its own Hindu marriage registration law.

Through the bill, the government aims to institutionalise all legal rights relating to marriage. All Hindu marriages will be registered in accordance with the provisions of this act. Such registration shall take place within 15 days of a marriage.

Similarly, Hindu widows will now have the right to remarry of their own free will six months after the death of her husband, according to the provisions of the bill. The bill will also help put an end to the practice of abduction of married Hindu women.

In Monday’s session, legislators were seen expressing least interest in discussing the Kashmir issue to which PTI’s Shireen Mazari took strong exception. She lambasted the government for not issuing any statement about the “war India has waged” against Pakistan, especially its consideration of unilaterally revoking the Indus Waters Treaty