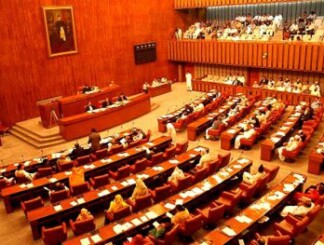 Committee chairman said that the security and welfare bill of the journalists is very important and it should be introduced as soon as possible. He issued directive to all members of committee to submit the recommendations before 12th May regarding the bill.  The committee member Ms Parveen Masood said that bill should be presented in the National Assembly within month instead of three months because more than 100 journalists had lost their lives during service but their offices where they were working didn’t provide financial help to their families.  A journalist committed suicide due to non-payment of salaries but the media house from which he was associated was not asked in this regard, she added.  The committee member Imran Zafar Laghari said that the code of conduct should be made under which if any journalist would run or air wrong news he should be punished.