KARACHI: Ten-year-old Ameena Bibi still in her pink check school uniform tried putting on a brave smile for her father as doctors in the emergency ward of the Civil Hospital Karachi on Saturday afternoon investigated whether the bullet had grazed her back or if there was still a piece of shrapnel stuck in her shoulder blade.

Ameena was one of the students present on result day at her school when it came under a gun and grenade attack.

“My daughter has stood first in class two. She has been promoted to class three,” her father Jan Kareem told Dawn.

“She was already in school and we were getting ready to head there to see our daughter accept her prize.

That’s when we heard gunfire.

We live close by in Baldia’s Ittehad Town and immediately sensed where the noise came from.

We ran in the direction of the school to find complete chaos there,” he added.

“I picked him up myself. We rushed him to Murshid Hospital on a friend’s Suzuki pickup but doctors there were unable to deal with such emergencies and advised us to take him to the Civil Hospital Karachi. We shifted him to an Edhi ambulance there and rushed out but he was pronounced dead on arrival at the hospital,” said Mohammad Ahmad, a Class X student at the school.

“It is Rasheed sahab’s blood,” said Mr Ahmad, whose clothes were stained with blood, wiping tears from his eyes.

“There was a magic show going on when I reached the school. The results were to be announced soon afterwards but gunmen riding motorbikes opened fire as soon as I sat down on the stage,” said Attaur Rahman, principal of Iqbal Academy, another school nearby, who was also injured in the attack with a bullet grazing his chest and another hitting his forearm.

Mr Rahman, whose left arm was in plaster, said that he had been invited by Nation Secondary School’s principal, Mr Rasheed, to give away some of the prizes to the children.

“Rasheed was a colleague and friend. We go back 11 to 12 years. We used to constantly keep in touch, consulting each other over educational matters. He really cared for the poor community in the area. Around 50 per cent of the children in both our schools are provided free education,” he shared.

“The school was initially started by us,” said Zeba Shafi of the NGO Development in Literacy (DIL).

“But seeing Rasheed sahab’s dedication, we handed it over to him later,” she said.

The social worker had come to the hospital after hearing about the incident.

“This is a great loss,” she said quietly while turning to little Ameena’s father in order to convince him to not pull out his daughter from school after the tragedy.

Meanwhile, several people with bullet injuries were in surgery.

“I got a call from my brother that our father had been hit in the stomach,” said Omar Ahmad, son of Mian Syed Wahid, another guest at the ceremony.

“Our father is a social worker doing work in Baldia’s Ittehad Town.

He was also invited by Rasheed sahab to give away some prizes to the children,” he provided.

Eight-year-old Attiya Khan was also hit in the stomach with a bullet.

“She has been in surgery for two hours now. Doctors say the bullet is stuck in her intestines,” her uncle Qaiser Khan informed Dawn outside the operating theatre.

“Most students at the school were girls as the incident took place at the time of the first shift reserved for girls,” said Dr Tariq Kamal Ayubi, head of emergency at the Civil Hospital Karachi.

He said that they had received eight injured and one deceased.

Three of the injured had been discharged after being provided treatment, he added. 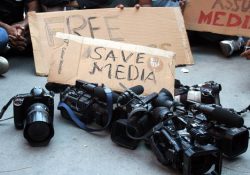 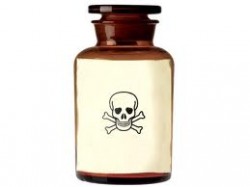 Impossible to get CRC for schoolgirl