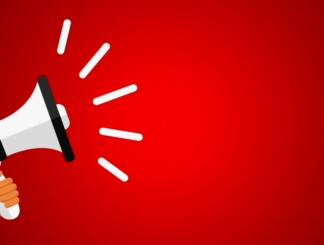 On the second day of the 5th International Forum of Muslim Journalists and Bloggers, speakers noted that social media, particularly Facebook, Whatsapp and Twitter, was being used to speared disinformation which has a devastating impact on the target communities.

They particularly blamed Western media and states for using fake news as a tool to achieve their nefarious designs. Such tactics have led to turmoil, rioting and even wars claiming so many human lives.

The speakers also condemned Western media for spreading Islamophobia among their own communities and fanning hatred towards Muslims which has led to a surge in supremacist movements in the Western countries.

It was a wonderful experience to interact with senior journalist, bloggers and social media practitioners drawn from across the Muslim world.

Ambassador Extraordinary And Plenipotentiary of the Russian Foreign Ministry, Veniamin Popov said Russia is as much a part of Christian world as that of Islamic world, adding that there are over 20 million Muslim citizens in Russia.

Deputy Chairman of the Group of Strategic Vision “Russian-Islamic World”, Farit Mukhamershin, announced at the conclusion of Friday’s proceeding that the Group was willing to hold similar Forums across the Muslim world with an objective to find out ways and means to effectively monitor the use of malicious propaganda by the West through the social and mainstream media. “We have to speed up our efforts to eliminates the destructive effects of fake news,” said Farit, who is also Deputy Chairman of the Committee on International Affairs of the Federation Council of the Russian Federation.

Earlier speaking at the Forum, Jordanian delegate said the menace of fake news was at work unchecked, and social media was littered with it. “It is not only at play in the West but also in the Middle East and Arab lands, and of late in Syria – that could be termed as the worst example”, he added.

All information meant to be provided to the public must be checked for reliability and credibility, he said. Every government and administration is duty bound to ensure that information reaching the people is checked before its release, he added.

Citing an example from his own country, Indonesian delegate Kartika Sari said fake news led to division of the Indonesian nation at the time of elections. Such was the havoc that social media’s misuse could cause, he said, adding that the fake news must also be checked at newspapers, radio and television networks. “It is about time we in the Muslim world put our heads together and explore possibilities of stopping the use of fake news,” he concluded.

Lebanese delegate, Gassan Rifi was of the view that fake news through social media was being spread to divide people.

“A lot of fake news are being spread about the role of Russian military in foreign countries as well as Moscow’s foreign policy. All such reports lack even Russian point of view”, he said.

The Lebanese delegate went on to say that the United States was trying to strengthen its grip over the Middle East and it was Russian responsibility to check it before the balance of power tilts in favour of Americans.

Rifi said the US was trying to establish that it alone can ensure peace and prosperity across the world. “Russia must come forward to challenge this approach of American Administration.”

He was of the view that people in the Muslim world must learn Russian language and Russians must learn languages spoken in the Muslim world. An organisation must be setup to assign this responsibility, he proposed. Malaysian delegate, Abdul Jalil Hamid referred to a statement of the Russian Foreign Minister having said that the world was at a crossroads and added that he totally agreed with the minister’s observation.

He observed that there were biases and hatred against Islam, and Muslims were being projected as terrorists and extremists. “The question is where do we go from here?” It is need of the time that Russia and Islamic world act together and enhance their cooperation, especially in the field of journalism.

Mr Hamid lauded the idea initiated by Prime Minister Imran Khan to set up a television channel by Pakistan, Malaysia and Turkey. He was of the opinion that such initiatives alone would help send the message of peace and tranquillity from the Muslim world to the world at large.

Iranian delegate, Mohamed Marandi said the “unipolar world project” had failed but Western media was still very powerful because of its wealth.

He said tools like Facebook and Twitter were being used to further West’s agenda, adding that “we have to develop a system to control and check spread of fake news”.

Marandi said West had unleashed negative propaganda against Iran but Tehran was progressing in the field of military and recent downing of America’s most sophisticated drone was a proof. Also, Iran had been monitoring American naval fleet movement in the Persian Gulf from a very close distance which shocked the Americans, he added.

Kuwaiti delegate, Samira Frimche said misuse of social media had become a real threat to the world and called for taking action before it was too late. She was of the view that youth were falling a victim to the social media lies at a rapid speed.

Citing an example she said what was termed as the Arab Spring turned out to be chaos and it lead to destruction. She said fake news was still being practiced in Kuwait but it was encouraging to have laws in place to check and govern the social media. Samira urged all Muslim countries to bring legislations to effectively check spread of fake news in their territories. She added that Russian Federation must rise to the occasion and play its role in this critical field.

Mohamed El-Naureen Mohamed El-Nur of Sudan said modern technologies should be applied to check use and spread of fake news. He called for shutting down at the websites spreading negative propaganda and fake news.