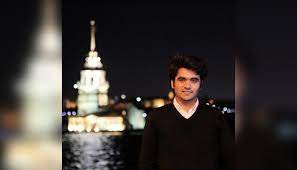 In 2019-2020, Abubakar acquired a master’s degree in Communications Governance from the London School of Economics as a Chevening Scholar. Since then, he has been working with the Institute for Art and Culture as the lead of strategic communications.

Abubakar has also served in Punjab for five years and introduced the very first digital media wing; the third arm of the Directorate General Public Relations (DGPR) to meet the modern-day needs of communication with the public. DMW in Punjab provided real-time feedback from the people that helped deliver services efficiently and improved governance in Punjab under the then CM Shehbaz Sharif.

Later on, the federal government replicated this model and introduced it by setting up DMW under the Ministry of Information and Broadcasting in Islamabad.

Abubakar hails from Shakargarh and did his bachelor’s in Computer Engineering from Lahore University of Management Sciences (LUMS) as a NOP scholar. He has worked in the Information Technology (IT) field both in the private and public sectors.

Taking to twitter, the newly appointed focal person said: “This office will act as a bridge between the government and the people and promote honest discourse & discussion.”