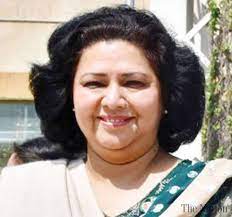 ISLAMABAD   – The appointment of Secretary Ministry of Information and Broadcasting Ms Shahera Shahid as chairperson Board of Directors (BoD) Pakistan Television (PTV) would prove good omen for the progress and stability of the institution. According to a press release, the PTV employees felicitated Ms Shahera on her appointment, saying, it was encouraging to note that the new chairperson was determined to restore the past glory of PTV.

She has firm determination to implement the vision of the Prime Minister Imran Khan.

The employees hoped that the development of PTV and welfare of its employees would definitely be top priority of the new chairperson. Since the chairperson belongs to the concerned ministry of PTV, she was well aware of the problems of the organization and the difficulties of the workers.