MQM and the BBC

The MQM has taken hysterical umbrage at a BBC Newsnight report by veteran journalist Owen Bennett-Jones regarding its chief Altaf Hussain’s current problems with the law. Owen Bennett-Jones is no stranger to Pakistan or its political landscape. He has served many years in the country as the BBC’s correspondent. His track record of reportage has always met the highest standards of the BBC for impartiality, objectivity and adherence to the facts, not to mention the strict editorial control of content for which the BBC is justly famous. To ascribe, therefore, to Owen Bennett-Jones or the BBC claims of playing to some ‘foreign and local’ conspiracy tune is to stretch credibility almost to breaking point.

The Newsnight report dealt with the Imran Farooq murder case and charges of money laundering that cropped up after the London Metropolitan Police raided Altaf Hussain’s residence and recovered large amounts of unexplained cash. The raid was reportedly conducted as part of the investigation into the Imran Farooq murder. The MQM has castigated the BBC report as “maliciously slanderous” and its Rabita Committee delegation has delivered a protest memorandum to the British Deputy High Commissioner in Islamabad. On Sunday the MQM held a rally in Karachi to protest what it characterizes as a conspiracy to defame and frame Altaf Hussain and to show the party’s solidarity with its increasingly embattled leader, having postponed the event by a day so as to avoid disrupting life in the city on a working day. Solicitous as the thought is, the MQM has not been known in the past to care much about Karachi’s citizens’ convenience. If the party has turned over a new leaf in this respect, this is a positive sign.

MQM’s legal eagle Farogh Nasim has written to Owen Bennett-Jones to refute the charges laid at Altaf Hussain’s door and to demand that the interview he gave the BBC for the Newsnight programme be aired in its entirety. It may be recalled that estranged former MQM Secretary General Imran Farooq, who had been living in London in self-imposed exile for many years and had in recent years distanced himself from the party and its leader reportedly over differences, was attacked and murdered near his home by unknown assailants. The plot thickens with the revelation, repeated in the BBC report, that two men are in Pakistan’s custody on suspicion of being the murderers. The two were picked up in Karachi as soon as they landed there from London via Sri Lanka. Since their arrest, not much is known about their fate, with contradictory reports saying the Pakistani authorities have not officially acknowledged having them in their custody, despite a British police request for information and possible extradition of the two men. The MQM denies it has any links with the two men, who fled Britain within hours of Imran Farooq’s murder and whose associate believed to have assisted their flight is reportedly in London police custody.

The murkiness of the internal affairs of the MQM is well known. There have been unproved allegations against the party over many years regarding its ‘treatment’ of dissidents. Logically, Imran Farooq had no personal enemies. His murder cannot be distanced from its political context. The finger of suspicion therefore naturally pointed first and foremost at the MQM and its leader. Britain, however, is not a third world country. It has well established and respected judicial institutions. If the MQM feels aggrieved by the BBC report, which by the way did not reveal anything new but framed in context what has already appeared in the media (at least in Pakistan) for some time. Mr Nasim’s complaint may have weight that his views were edited out in refutation of the charges against his leader, but that is for the BBC to take a decision on.

As far as the British government is concerned, it is unlikely to be moved by the MQM’s protest. If anything the British authorities need to answer the question why Altaf Hussain has been allowed initially asylum and later citizenship while he continues to hold Karachi and the country hostage through his politics of agitation whenever the MQM is no longer in power and unable to enjoy the perks and benefits of office. Britain and the BBC may or may not respond to the MQM’s protests, but it would do the party no good to think that it can apply the kind of pressures there that they are accustomed to resorting to back home, and which include browbeating governments and the media. Irrespective of the merits of their case, the MQM may be better served, if they think they have a grievance to be addressed, by approaching the British courts rather than resorting to their usual show of strength on the streets of Karachi. 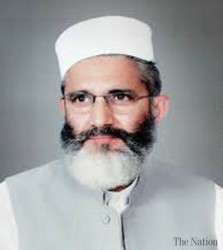 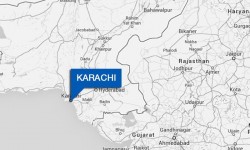