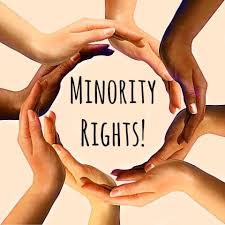 LAHORE: A group of Members of the Provincial Assembly (MPAs) from the government and opposition parties resolved to jointly protect minority rights and support the minority package 2018 in Punjab.

As a gesture of cooperation the parliamentarians held a press conference at the Lahore Press Club Tuesday, which was organised by a youth development organisation. In the press conference, a way forward for Punjab Curriculum and Textbook Board (PCTB) Act (Amendment) Bill 2018 was finalised for the inclusion of minority representation in the PCTB.

They announced that they would table and support Amendment to Section 8 of Act VI of 2015. In the Punjab Curriculum and Textbook Board Act, 2015 (VI of 2015), in section 8, in clause (f) after the words “including at least one woman” the following words shall be inserted: “and shall be one expert as representative of minority communities.”

The PTI MPA Saadia Sohail Rana said that support of the elected representatives and parliamentarians is crucial for the successful implementation of the legislative amendment bill. Representation of a minority member in the PCTB will be a significant indicator to promote inclusivity and equal citizenship in Punjab.

“The minority package 2018 shows the government commitment to uplift situation of minorities as equal citizens and the amendment for inclusion of minority members to the PCTB is only one initiative as part of the bigger package which will unfold greater opportunities for the minorities,” she added.

The PTI MPA Haroon Imran Gill said the NGO assisted MPAs well in thematic briefings, legislative drafting and parliamentary affairs related to social cohesion and peace building in the province. As legislators, we would like to take this draft forward in the Assembly and request the opposition to support us in this endeavor.

The PML-N MPA Tariq Masih Gill said it was high time that parliamentarians support on-going efforts to root out much deeper issues of under representation of minority populations and promote peaceful coexistence. Their legislative performance and oversight of the executive will bring positive results for especially for future generations of Pakistan.

MPA Syed Hassan Murtaza, PPP’s parliamentary leader in the Punjab Assembly, encouraged the MPAs to raise questions on issues that go beyond their respective constituencies as well to jointly work for such issues across party lines. The PML-N MPA Khalil Tahir Sindhu said that Pakistan was entering a prosperous and peaceful phase ahead. This needs to be facilitated with formulating and implementing appropriate laws to secure peaceful coexistence to make this transition smoother. Executive Director of the NGO, Sabiha Shaheen ensured support of the civil society in the course of equal citizenship and peaceful coexistence in the future as well.