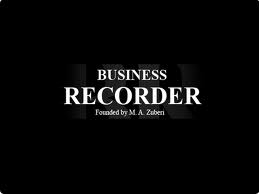 The distribution of reserved seats for women in the National Assembly to wives, daughters, or relatives of top party stalwarts while ignoring women at the grass-roots level, has badly tarnished the image of major political parties. Pakistan Muslim League-Nawaz (PML-N) which had bagged 31 seats reserved for women bestowed all the seats to daughters, wives, blue-eyed constituency-less women workers.

Anusha Rehman, whose name was on top of the list, was elected on seats reserved for women for the second consecutive term, which sources inside PML-N claimed, was mainly due to her close connections with Shahbaz Sharif. Tahira Aurangzeb, another PML-N backbencher also succeeded in reaching the parliament for the second consecutive term, using her connections inside the party. A well-educated former PML-N female MNA, who declined to be named, said that she was denied a seat because nobody in high-ups in the party recommended her name.

Shaista Pervaiz, who is wife of a senior PML-N leader Pervaiz Malik, managed to make her way to the power corridors, using her spouse’s connections with the top party leadership and both wife-husband duo are now happily members of parliament. Rida Khan is the daughter of Senator Mushahidullah Khan, who is PML-N secretary information, managed to have his daughter as member parliament on reserved seat for women.

Zahra Wadood Fatemi, who is wife of Tariq Fatemi, a close aide of Nawaz Sharif and former ambassador, also was lucky and both wife, husband succeeded in getting their share of the cake. Fatemi has taken oath as adviser to prime minister on foreign affairs. Marvi Memon was elected on reserved seats for women after she had to forfeit her security deposit in a failed attempt to contest election from Thatta on PML-N ticket.

A senior PML-N female leader who was deprived of a seat complained that Marvi Memon was a favourite with General Musharraf and now with Nawaz Sharif. Pakistan Peoples Party Parliamentarians (PPPP) also gave priority to family members of senior party leadership over party workers in majority of the reserved seats for women in National Assembly.

Nafisa Shah, daughter of Sindh Chief Minister Syed Qaim Ali Shah, was party’s choice for reserved seats from Sindh. She was nominated for the second consecutive term by the party on reserved seats in the National Assembly. Shazia Marri, daughter of former PPP deputy speaker of Sindh Assembly Atta Muhammad Marri, was nominated by the party on reserved seats. She was also given preference for the second consecutive term in the National Assembly.

In 2008 elections, she became member of provincial assembly on reserved seats for women and later was nominated as member of National Assembly when a seat fell vacant due to demise of Fauzia Wahab in June 2012. Shazia also contested general election from Sanghar in 2013 but was defeated by Pir Sadruudidn of Pakistan Muslim League (Functional) and the party decided to bring her to the National Assembly on reserved seats.

Barrister Alizeh Iqbal Haider, the brilliant daughter of late Iqbal Haider, was the best ever choice ever made by PPPP, as its candidate on reserved seats for women. Haider, a close aide of former prime minister Benazir Bhutto, was a well respected and famous human rights activist. He also remained President of PPP Karachi Division, Vice-President of PPP Sindh, and member of the Central Executive Committee of the PPP. He was also elected as a Senator in March 1991.

Shagufta Jumani, PPP Women Wing President of Sindh, succeeded in making her way to the dark power corridors for the second connective terms despite allegation of massive corruption in Hajj scandal case in PPP’s last regime. Dr Mehreen Razzaq Bhutto, the only woman who comes from a middle class, also remained lucky as she was picked for the second term. In the previous Assembly, she was parliamentary secretary for health.

Musarrat Rafique Mahesar who comes from Dado in Sindh, was believed to be picked up using her string connections with the top leadership of the party as her hubby Rafique Ahmed Mahesar was elected MNA two times on PPP tickets. Beelum Husnain, wife of Saadat Hasnain Khan, from Punjab, also succeeded in getting her share of the cake in seats reserved for women depriving many deserving poor party workers, using her political clout. Her whole family is political affiliated with PPP.

Pakistan Tehreek-e-Insaf (PTI) lost a committed long time worker Fauzia Kasuri who opted to quit the party when she was not awarded a reserved seat. Kasuri accused the party of being taken over by the mafia and stated that there was no place for a dedicated and committed worker there. However, sources within the party claimed that the party simply did not win enough seats and its quota of reserved seats was therefore too small to accommodate even diehard committed workers like Fauzia Kasuri. Her name was on number 04 in the PTI list for reserved seats for women submitted to the ECP.

Sources within the PTI told Business Recorder that Imran Khan, who is currently on bed rest in Lahore, may take his party to task if the rumours of favouritism are proved true. “There is no room for kinship and favourites at least in PTI [and] this is the reason Imran kicked out his own cousin Inamullah Khan Niazi after he turned out to be loan defaulter”, the source maintained.

PTI chairman Imran Khan had said that he was against reserved seats for women in assemblies – MPs in assemblies are representatives of the people and how can some women be representative of women when they haven’t even contested elections. Supreme Court of Pakistan on September 6, 2010, had made a similar statement that women legislators elected to parliament on reserved seats could not be called people’s representatives. Justice Javed Iqbal, a senior judge of the Supreme Court in his remarks made during the hearing of the 18th Amendment case, said that “poor women cannot even imagine coming to parliament” since such “reserved seats are distributed amongst a few families.” 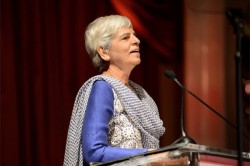 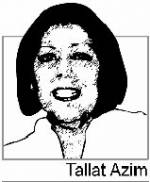 New women on the block 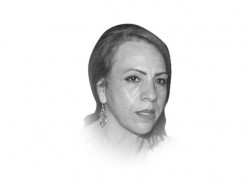