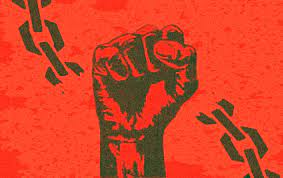 ISLAMABAD: Legal fraternity, journalists’ community and civil society organisations have decided to wage a joint struggle against the government’s plans to muzzle media, target judiciary and put curbs on fundamental human rights of the masses. In order to discuss this, a conference of human rights activists, lawyers, media workers and civil society organisations’ activists is set to take place today (Thursday) in Islamabad which will be attended by representatives of Human Rights Commission of Pakistan, Pakistan Federal Union of Journalists, Supreme Court Bar Association, SAFMA and Pakistan Bar Council and AGHS, says a press release on Wednesday.

The moot will discuss the prevalent human rights situation, attacks on judiciary and the government policies aimed at curbing freedom of speech and freedom of expression. The conference will also be addressed by prominent politicians from different political parties and parliamentarians. The conference is likely to devise a collective mechanism to deal with these attacks on judiciary, media and civil society.