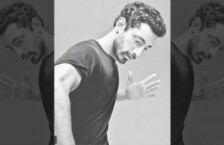 The author and the actor will share a panel after Lahore Literary Festival that was held in Pakistan earlier this year to discuss issues that both have addressed in their works, respectively.

Break-out actor Riz Ahmed (Venom, The Night Of), who is also known as rapper Riz MC and released his newest track, a powerful political single called ‘Mogambo’ and Mohsin Hamid (Moth Smoke, The Reluctant Fundamentalist and How to Get Filthy Rich in Rising Asia, Exit West) one of Pakistan’s most well-known English authors, are set to reunite after Lahore Literary Festival 2018 that was held earlier this year in Pakistan.

Riz Ahmed and Mohsin Hamid are set to participate in a panel as part of the London Literature Festival 2018, where the two will speak on the subject of migration and music on October 28 at Queen Elizabeth Hall, the Southbank Centre. The panel will be chaired by journalist and broadcaster, Kieran Yates. According to Southbank Centre, the conversation will focus on just why “stories of migration have captivated our imaginations”.

The upcoming 12th edition of London Literature Festival 2018, hosted by Southbank Centre, is set to take place between October 18 – 28 and will host – in addition to literary names such as Mohsin Hamid – talks with other icons such as Sally Fields who will “discuss her new memoir In Pieces which explores her Hollywood career and reflects openly for the first time about the challenges she endured as a woman in a male-dominated industry.”

As for Riz’s ‘Mogambo’, the thrilling song is backed by a video shot in Pakistan that was helmed by Bassam Tariq. While releasing the artwork for the song, featuring Pakistani wrestlers (pehlvaans), noted Riz on his Twitter handle: “Traditional Pakistani folk wrestlers aka ‘pehlvaan’. Met them in Lahore. Brown men usually shown as insane & scary or weak & meek. Rarely as complex, contradictory & fully human. But these guys will kick your ass while wearing floral thongs.”

Why is the song is called ‘Mogambo’? According to Riz ‘MC’ Ahmed, “When I was recording the track, I just said ‘Mogambo khush hua’ because it’s just a very well-known catchphrase, right? And it’s something that people say kind of ironically, which means ‘Mogambo is very happy,’ and this is what the super villain would say when, I don’t know, one of his loyal soldiers would jump into a bath of acid just to, you know, show Mogambo that he’s loyal.”

And if you’re wondering about their upcoming works, Mohsin Hamid, whose Man Booker Prize nominated novel Exit West, circa 2017, according to The Guardian has been optioned by brothers by Joe and Anthony Russo, who helmed several Marvel films in the past including the last one, Infinity War. As for a new novel, said Mohsin to The Guardian, “As far as the novels I’ve written so far, each of them has done what I wanted them to do as well as I was capable of doing it at the time. I’m happy with all of them. But none of them does what I now want a novel to do. What I now want a novel to do, I don’t know how to do – and I’m not sure that I can.”

Riz Ahmed is working on a series called Englistan for BBC Two that is said to follow three generations of a British-Pakistani family. Though Riz is the creator, whether he will star in it or not is unclear at this point.