They alleged that the revenue officers, at the behest of politicians, had given 84 houses, shops and other facilities to the people belonging to a single family. They said that people had kept their spare items, agricultural tools and chaff in the houses instead of living there.

They said the houses had all the facilities, including solar system biogas plants. They said that allottees had destroyed grassy plots. They demanded Chief Minister Muhammad Shahbaz Sharif and DCO Khalid Saleemi to take notice of the issue and allot the houses to the needy. 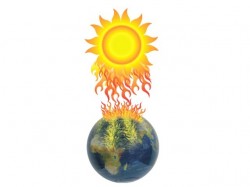