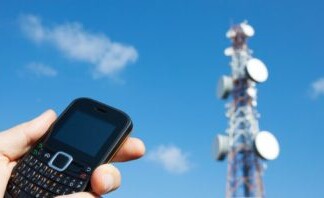 GALLING as it is to have to consider it, could Rehman Malik have been right?

There were many things about which he was wrong, and many instances when he should have put a little more thought into what he was saying; but one area where his comments remain unsubstantiated was regarding the effectiveness of the cellular phone network shutdowns that have become an annoying feature of life over the past year or so.

The logic is simple: these days, violent extremists of all ilk are increasingly tech savvy and one of the tools in their arsenal are mobile phones. Not only can the hardware be used to trigger bombs from remote locations, the device is used by terrorists and criminals alike to keep in touch or coordinate an attack.

In the 2003 attack in Rawalpindi on Pervez Musharraf, the suicide bomber was tipped off about the timing of the convoy’s departure via mobile phone.

As a result, Pakistanis had to get used to waking up, with or without warning, to dead mobile phones. This was not just a major inconvenience: there were reports of people being unable to call for help in medical or security emergencies, for example. Many households and even businesses no longer maintain landline numbers.

Mr Malik and the government he represented took a lot of flak for this; obviously, barring a few very specific situations, it is nearly impossible to demonstrate positively that the suspension of the cellular phone network managed to ward off an assault of some sort — an attack that didn’t take place could be an attack thwarted or one never planned in the first place.

But now comes the news that some academics have drawn a link between expanding cellular network coverage in Africa and rising levels of political violence.

Published in the May (volume 107) issue of the American Political Science Review, the research undertaken by Jan H. Pierskalla and Florian M. Hollenbach argues that “the availability of cellphones as a communication technology allows political groups to overcome collective action problems more easily and improve in-group cooperation, and coordination. ….[W]e are able to show that the availability of cellphone coverage significantly and substantially increases the probability of violent conflict.”

Africa is the world’s fastest-growing mobile phone market, having maintained an annual growth rate in the sector of almost 20pc since 2007. This has had its benefits: mobile banking, faster communication between traders and customers and so on.

Politically, the technology is said to have played a role in the Arab Spring in North Africa (and elsewhere); in Mozambique, mobile phones have helped improve voter education; in Namibia the device has helped citizens make government officials more accountable. But so far, there had been few studies on the downsides.

This paper at hand then, would be it. Amongst other key findings, the paper also notes that greater mobile phone coverage increases conflict in “areas with structural conditions that favour violence” as compared to those where conditions are such that violence is less likely.

Pakistan is not Africa; but it certainly is a place where structural conditions favour violence.

That should certainly leave Mr Malik and his erstwhile team feeling quite happy, if not vindicated.

But by this argument, then, the sector ought to be shut down altogether. After all, if no one had a mobile phone — or only the privileged were allowed them — extremists would not be able to communicate or coordinate easily.

This is a ludicrous line of thought (though in Pakistan, one never knows. We don’t want to go putting the wrong ideas into the head of some little genius. Which is why I must also say that, as the authors of the paper themselves point out, an earlier study on the links between mobile phones and violence observed in Iraq the effect opposite to that in Africa: there, the technology is helping decrease insurgent violence).

If violent extremists and criminals can use certain technology to their advantage, should that technology be shut down?

I’ll choose to ignore here the benefits of cellular phone technology such as those listed above.

As a parallel example, consider the fact that for years books and the written word were in the Western world the purview of the clergy and the elite; ideas, it was generally held, were too dangerous to be allowed to get close to the common man.

And, consider the cataclysms that occurred in the Catholic world when Martin Luther translated the Bible into the vernacular from Latin, making it more accessible.

The printing press was for similar reasons thought of by certain quarters as a deeply dangerous device, words being too pure and precious to be automatically duplicated, and ideas and ideologies being too dangerous to be allowed to be widely disseminated.

If there exists the possibility that a certain technology can be used to their advantage by those with mischief in their hearts, should it not be developed / accessed at all?
It would help if technology were to be thought of as a brick wall in the middle of a motorway; it’s not evil, but it can cause a lot of damage.

The trick for Pakistan to learn is to combat extremists on their own ground, rather than inconveniencing the citizenry. If they’re tech-savvy, the state needs to be even more so.

As for violent political groups’ ability to communicate, clamping down on it is merely addressing the symptom: Algerian independence was won through radio communication, and the Iranian revolution took place on the back of the cassette tape. In every case it is the root causes, the structural fault lines that must be addressed to curtail political violence.