ISLAMABAD: Sindh province is on top with 84 percent mobile phone penetration followed by Punjab where such penetration touched 68.1 percent mark till 2012.

Other provinces have less than 50 percent penetration i.e. Khyber Pakhtunkhawa (KPK) 42.2 percent and Balochistan 45.9 percent.
The government and regulator Pakistan Telecommunication Authority (PTA) have been encouraging cellular mobile operators to expand their networks in Balochistan and as a result, the province has been consistently showing the highest growth in mobile penetration among provinces over the last four years.

The mobile penetration has been showing an increasing trend during last four year as the data showed that in 2007-08, the penetration was 57.9 percent in Punjab but now has reached 68.1 percent. In Sindh this was 62.1 percent in 2007-08 and now it is 84 percent which is a quite healthy sign.

The report said with a healthy subscriber growth during last year, the mobile penetration in all over Pakistan has reached 68.39 percent, showing a growth of 5.8 percent over the last year.

The growth in mobile penetration has been better during the last two years compared to 2009 and 2010, when mobile sector was negatively affected by devastating floods and global financial crisis.

In 2008, the mobile penetration in Pakistan was the highest among the South Asian countries due to early initiatives of PTA to introduce competition and deregulation in the sector compared to other countries in the region.

In recent years, however, some countries in the region have overtaken the position of Pakistan. Since 2009, mobile penetration growth in Pakistan remained in single digit due to slow economic growth, market maturity and availability of only 2G services in the market.

In this situation, rural markets provide opportunities for the cellular mobile operators to increase mobile penetration in these areas.

There are around 120.15 million mobile subscribers at the end of 2012 as compared to 108.9 million subscribers last year, depicting a healthy growth of 10.3 percent over the last year. 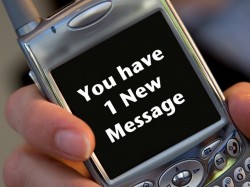