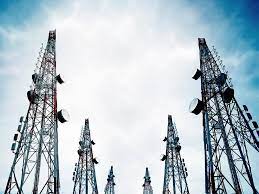 The number of unique subscribers is also growing in tandem. Assuming that every third mobile broadband user in Pakistan is holding two Sims/connections, then the unique subscribers would stand at nearly 85 million as of April 2022 (10 million more since June 2021). Considering there are 120 million or so adults in Pakistan, the presumed density of mobile broadband comes to 70 percent of adult population. There is a lot of room for growth, especially in areas away from major cities and second/third-tier cities.

It has been nearly eight years since the rollout of mobile broadband in Pakistan, and data revenue stream has become prominent since. But thus far, despite phenomenal increase in mobile broadband footprint, the data revenues have yet to cross 50 percent of topline for any of the operators. This speaks to the continued difficulties in monetizing a supposedly-lucrative revenue segment in a price-sensitive market.

Still, to survive, there has been a race to expand 4G networks. Operators have been making significant capital investments to add to their collection of 4G towers. It shows in the subscription numbers. However, current macroeconomic uncertainty (which raises cost of service and lowers investor returns), inflationary pressures (which drive down connectivity spending) and government measures (e.g. mobile phone import freeze and potentially higher telecom taxes) pose significant challenges to this segment’s future growth.