“The entire notion that the bill was prepared behind closed door needs to be corrected, the bill was in fact put together after exhaustive rounds of consultations with public and private sector stakeholders amounting to tens of meetings and opportunity for written comment on the draft published on the website, after the bill was initiated in 2009,” said a handout issued by the ministry.

After coming into power, the incumbent government held dozens of meetings with Internet Service Providers Association of Pakistan (ISPAK), Pakistan Software Houses Association (PASHA), global internet platforms, the telecom industry, lawyers and the public in general on the issue, it said.

The handout further said that the proposed law, a consensus document was placed before the house and after the Peshawar massacre the parliamentary committee aligned it with National Action Plan.
The bill is in line with the existing structure of jurisprudence as well as the global convention on cybercrimes including the Budapest Convention.

It is a misinterpretation that general users’ freedom is in any way under threat from the bill, for instance hacking done by white hat hackers and researchers with permission of owner of the information system shall not be an offence contrary to what is being portrayed in the media.

In fact all the offences, except cyber terrorism and offences relating to sexual exploitation including child pornography are non-cognizable, law enforcement agencies cannot take any action against these offences without order of the court, which are issued on complaint of an aggrieved party.

This for large measure is the spirit and the mechanism behind numerous variants of Cyber/Electronic Crime Laws enacted by various administrations globally, the release said.

The officials say that many developed countries are already managing websites.

Access to online content has been restricted in many countries including the EU, US, India and Australia keeping in view their peculiar sensitivities.

India had provided a similar power to the Central Government through Information Technology Act 2000.
The Indian law goes even beyond that and authorizes the government to intercept any communication without seeking prior permission of court.

Keeping in view the increasing number of complaints received from the general public concerning misuse of personal information and pictures, clauses concerning cyber stalking and protection of personal data have been incorporated in the PEC Bill in line with Article 14 of the Constitution of Pakistan which guarantees right to life with dignity.

Due treatment of the need for proper subject matter training of both the investigators, prosecutors and even the jurors handling cyber crime matters, reflects the clear intent of the government to have the process handled professionally, judiciously and in a transparent way, it said. 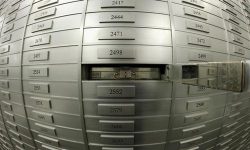