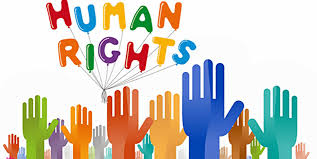 The Ministry of Human Rights (MoHR) and the Sindh Judicial Academy (SJA) have signed a memorandum of understanding with the aim to train judges in laws pertaining to human rights and build awareness of the national and international human rights framework.

Speaking at the MoU ceremony, Rabiya Javeri Agha said that the aim of training judges was to ensure that they were aware of national legislation that protected the rights of the vulnerable while maintaining the rights of the accused.

She said that knowledge of national legislation was not enough and it was imperative for the judiciary to be made aware of the international instruments that Pakistan had ratified. She said that judges would be able to deliver more nuanced judgments utilising international human rights instruments in their framework and the language they employed after the training sessions.

She said that such exercise would not only ensure that access to justice seemed possible but approaching courts became less daunting for the victims. Rabiya Javeri Agha was of the view that the crux of an independent judiciary was the provision of fair justice when the rights of both parties were protected and this could be made possible when the judges were trained on a human rights-based approach.

Director General SJA Justice (retd) Khilji Arif Hussain said that both the MoHR and the SJA had been desirous about developing a training programme which delivered beyond an instrumentalist approach to human rights.

He said that this partnership would ensure practical engagement with the judges through the use of proven techniques for improved performance of the actual duties of the judges as derived from the recommendations of human rights experts.