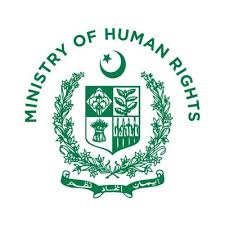 Islamabad: The Ministry of Human Rights is working with Ministry of Law to develop a systematic structure for provision of probono legal services and assistance to vulnerable especially women.

Federal Minister for Human Rights Dr Shireen M Mazari stated this in a meeting with a delegation of European Parliament led by Jean Lambert on Tuesday. The meeting was also joined by Joint secretary Human Rights Ministry Azam Khan and other high officials of ministry. They discussed various human rights related issues including the rights of women, children and minorities.

Minister informed the delegation about the commitment of the government towards human rights according to constitution and International commitments and the steps taken by the Ministry of Human Rights (MoHR) for protection of human rights in the country.

She said that besides implementation of existing laws, the ministry is also working on devising new legislations to safeguard the rights of citizens. “We are working on three new Bills on Anti-Torture and Custodial Death, Rights of Persons with Disabilities and Prohibition of Corporal Punishment including the Christian Divorce Bill. These bills will be tabled in national assembly soon,” she said.

Shireen Mazari said that MoHR is also working on new legislation on domestic workers to stop the violation of children’s rights and to ensure their protection. She said that the Ministry has started awareness campaigns for women’s right to inheritance and provision of free legal aid to the women.

“We are also building up data base about human rights related issues, we can do better and substantial work after having rights data base,” Dr Mazari further added. Minister said protection of human rights was the top most priority of incumbent government. She said unlike in Europe, non-Muslim communities in Pakistan have been provided their own laws, in this connection Hindu Divorce and Marriage law already passed. “Christian Divorce bill will be presented in National Assembly soon after vetting from law ministry.”

Shireen Mazari also expressed her concerns about the issues and problems which Muslim community and Pakistani Diaspora have been facing in some states of Europe particularly in practicing their religion.

“International Community should come forward and raise voice against worst violations of basic rights in IOK. We have given blue print of conflict resolution model for the solution of this longstanding issue, innocent Kashmiri suffered a lot for attainment plebiscite,” she said.