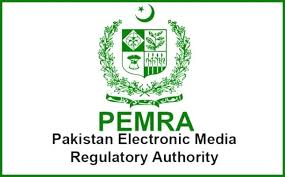 ISLAMABAD: Not only the media persons and journalists’ bodies but also a number of cabinet members have criticised the directive issued by Pemra to restrict the appearance of television anchors in current affairs programmes.

But after criticism from all sides, the Special Assistant to the Prime Minister on Information, Dr Firdous Ashiq Awan, said the regulator had issued the directive in the light of a court decision.

“Anchors have not been stopped from expressing their views. They have their exclusive shows to discuss anything and everything. The advisory is a reiteration of the existing code of conduct on court orders which needs to be taken care of to avoid conjecture,” Dr Awan said on her official twitter account, @Dr_FirdousPTI.

The Pemra order, titled “Directive — Discussion and Analysis on sub-judice matter”, has stirred a controversy even in official circles and two federal ministers, Dr Shireen Mazari and Fawad Hussain, as well as former finance minister Asad Umar have opposed the move.

Mr Umar said in a tweet: “Amazing decision by Pemra to stop anchors to go on any other talk show and express their opinion! Pemra should be doing a better job taking action against completely fake news and not suppressing the right of individuals, including anchors, to express their opinion.”

Dr Shireen Mazari made an even more sarcastic comment in her tweet, asking Pemra to define who should be called an expert in political affairs.

“Who is an ‘expert’? An interesting unintended debate has been generated – so purely at an academic non-political level: Do I need a degree in politics to be an expert on politics? I have no degree in human rights so should I go on TV to discuss human rights issues?” she asked.

Dr Mazari’s second tweet said: “Do I need a degree in IR/Strategic Studies to discuss foreign/or defence policy? What degree do I need to talk about Information? Is expertise defined by a degree? Finally we have a debate at an abstract level media should focus on! But what experts would be needed for such a debate on TV?”

Her views were acknowledged by former information minister Fawad Chaudhary, who described the Pemra directive as “illogical, unnecessary and uncalled for”.

He tweeted that the Pemra notification to bar anchors from appearing on other shows was “uncalled for, illogical and unnecessary”.

Apart from politicians, high-ups in the print and electronic media too slammed Pemra’s move.

In a statement, the Council of Pakistan Newspaper Editors (CPNE) expressed concern over the move to bar TV anchors from appearing as analysts.

The statement by CPNE president Arif Nizami termed the decision a violation of fundamental rights.

He said Article 19 of the Constitution guaranteed freedom of expression; therefore it was unjustified to issue “such a notification in the Supreme Court’s name”.

The CPNE president urged the government not to use the media watchdog as a tool for curbing freedom and called upon Pemra to withdraw the notification.

The Pakistan Electronic Media Editors and News Directors Association called the directive unlawful. “Pemra’s order is unlawful, clearly exceeds its mandate and appears to be yet another attempt to stifle a free media in Pakistan,” the statement said. “The order must be withdrawn forthwith.”

It added that the order was not only against the norms of journalism but also an attempt to stop viewers from gaining valuable insights.

A statement issued by television anchors termed the Pemra directive a dictatorial step.

“The restrictions by Pemra on anchors and journalists barring them from attending each other’s talk shows are arbitrary, dictatorial and an infringement on the freedom of expression as enshrined in the Constitution.

“It is not Pemra’s jurisdiction to decide who should be a guest speaker, expert and commentator on television shows. The essence of this directive is that the state will decide who can speak and on what issue,” it added.

The statement further said: “We hold the Tehreek-i-Insaf government, led by Prime Minister Imran Khan, responsible. The elected government is constitutionally answerable for the acts of all institutions under the executive.”

The anchors even used threatening language. “We know how to fight. We have fought dictatorships for restoration of democracy and democratic values. We have fought against terrorism and extremism. Our colleagues have faced hardship, threats, harassment and joblessness.”

After coming under severe criticism, Pemra clarified late on Monday night that its directive had been misread.

“There is misinterpretation of Pemra advisory. By no means it was intended to restrict freedom of expression, as being projected by a few.”

The authority added that the advisory issued on Sunday was in line with the existing Pemra laws, the Electronic Media (Programmes & Advertisements) Code of Conduct, 2015, and advisories issued from time to time over the code of conduct about discussions on sub-judice matters.

“There is no advisory to ban participation of journalists in talk shows, there is no restriction on appearance of any number of anchors in marathon transmissions on a current issue on their channels while also taking other relevant guests where required,” the letter said.

“Pemra is fully supportive of freedom of expression as enshrined in the Constitution with a role to regulate it within the bounds of Pemra laws and code of conduct.”