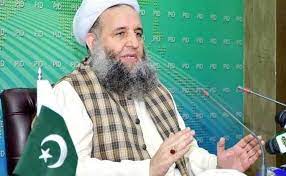 Federal Minister for Religious Affairs and Inter-faith Harmony Noor-ul-Haq Qadri has sought a ban on game shows aired around Sehar and Iftar timings during the month of Ramzan.

In a letter to Prime Minister Imran Khan, the minister proposed six guidelines for media channels to following during Ramzan, including modest dress code for all anchors and presenters, no discussion of controversial religious or sectarian issues, and no unethical or immoral content or advertisement telecast during the holy month.

The guidelines call for the Pakistan Electronic Media Regulatory Authority (PEMRA) and television channels to “avoid airing game shows and other non-serious programs during Sahar and Iftar. Also, during the month of Ramadan, immoral, inappropriate advertisements and programs should be banned.”

“Anchors [and] presenters and all the participants shall follow modesty in their dress code and appearance to honour the sanctity of the holy month of Ramadan,” the guidelines propose.

The letter also notes complaints from the public, leading to controversies and a ‘general public rush to social media trolling such content and also complain to [the] ministry as well as other authorities.’

Last month, Minister Noor-ul-Haq Qadri wrote another letter to the prime minister seeking a ban on the Aurat March, held on International Women’s Day in Pakistan, terming the event an ‘affront to Islamic principles and social customs’.