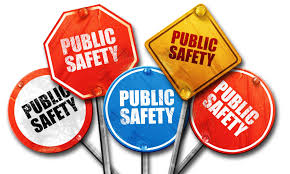 While the current information revolution has brought unprecedented benefits, it has also given rise to new issues of human security and public safety. Increasing reliance on the internet has transformed us into cyber citizens and our behaviour is gradually being shaped by our exposure to online content.

Due to proliferation of smartphones and TV channels, everyone is subjected to information salvos on our screens, some of which comprise unauthentic, divisive and even fearful images. Many fake messages are spread through automated algorithms; these messages go viral and leave an exacting impression on our minds. Recognising this, intelligence agencies of the major powers have commissioned numerous public and private media outlets and agencies, to profile opinions of selected audiences, both foreign and domestic, governments and NGOs, through information flows and leaks.

For instance, the US DoD approves of perception management and defines it as ‘actions to convey or deny selected information and indicators to foreign audiences to influence their emotions, motives and objective reasoning..’ Another official US document (Joint Publication 3-13), posits that ‘…Information operations are meant to ‘influence, disrupt, corrupt, or usurp the decision making of adversaries …’ Hence, the US has actively pursued such actions in the ME about the war in Iraq and has done the same in Afghanistan, as a consequence of which many Afghans now blame Pakistan for all their predicaments.

In the past, WikiLeaks and the ‘Snowden Files’ have also revealed some such initiatives of the US intelligence apparatus in many countries. But ironic as it may be, the US FBI considers similar actions by others, like the alleged Russian attempts to influence public opinion in the last US elections, a key threat to US national security and equate them with terrorism. Cyber surveillance of social networks is a regular part of such foreign efforts. These trends and opinions are then manipulated by a combination of truth and lies, deception, ambiguity and psychological processes to generate and feed fabricated information to us.

While briefing the media recently, Pakistan’s  military spokesperson referred to this phenomena being used by four foreign intelligence agencies for spreading false narratives about the Pakistan Army and the ISI. But the aims of these hostile agencies are far more menacing. As a sequel of this, a chronicle comprising many myths and doubts on fundamental and crucial matters is constantly being propagated. The ‘Two-Nation Theory’ is criticised; Afghanistan’s preposterous stance on the border issues with Pakistan is justified; a vicious propaganda is directed against Kashmiris, whose legitimate efforts for self-determination are branded as terrorism. Furthermore, Pakistani efforts to persuade the warring factions in Afghanistan for talks with the regime in Kabul are labeled as ‘links with terrorists’; Pakistan’s  sacrifices in blood and treasure in its war against terrorists and its remarkable patience in the face of Indo-Afghan provocations are ignored or undermined,  while the insidious Indian role in Afghanistan is acclaimed.

Controversies about CPEC are being generated; doubts about the safety of our nuclear assets are being created; dissidents are represented as liberators;  and, sometimes,  Pakistan is called a failing state. These dangerous fables and themes have already polluted some unsuspecting minds, due to which they are  inadvertently or wilfully repeated by a section of the local media or even some politicians.

Such mind games will continue to grow and become a real affliction, unless the internet is governed or its use is restricted. Both these measures are unlikely to be put in place in the near future.  Given Pakistan’s limited ability and capacity to respond to an invasion of the minds of its people, it is  hard to imagine if we will ever succeed in creating an effective shield against these threats. However, the masterminds of such games can and must be exposed and opposed in every manner by all responsible and educated citizens, who must scrutinise unsolicited information and verify every anonymously received message through social media before it is shared.

The Ministry of Information must also gear up to respond to such dangers in coordination with Pemra, whose present mandate and structure is woefully inadequate for the purpose. With help from our intelligence apparatus, these two institutions must make special arrangements to spread awareness of the grave perils that we are facing, and conceive adequately resourced, well-structured and elaborate, information and media security policies that cater to the vicissitudes of the current milieu. Besides responding to hostile propaganda themes, this policy must aim at guarding our ideological moorings, promoting our national interests, giving hope to the people, rooting out despondency and raising our national prestige, morale and self-confidence.

The policy must promote our national narrative, eulogise our accomplishments, pay tribute to our national heroes and highlight the real and demonstrated potential of our diaspora abroad and the resolve and resilience of our patriotic population to fight terrorists. If we want to defeat hostile cyber blitzkriegs and win both mind and media wars, our  policymakers must identify and accept the information domain as our most vulnerable asymmetric flank. Unless this happens, we might lose our meagre territory in the digital space and remain susceptible to dangerous disinformation campaigns aimed at altering our deep-seated beliefs, denial of our own reality, invalidation of our perceptions and trivialising our way of life.