LAHORE: Parallel to the Punjab Youth Festival, being held under official-patronage to support healthy activities among students, some banned militant outfits have launched a full-fledged campaign to covertly engage college and university students to promote jihad in the insurgency-infested Pakistan.

According to the investigations conducted by The Nation, Talba Almarabtoon Lahore (TAL), relatively a low-profile militant offshoot linked to the Tehreek-e-Taliban Afghanistan is holding speech competitions, involving colleges and universities, on the topic of jihad in the Punjab University (New Campus) on Sunday (February 16) at 9am.

The speech competition will be chaired by Maulana Masood Azhar, a notorious militant leader in Pakistan, while ex-guerilla commander Mufti Muhammad Asghar Khan Kashmiri will be the chief guest of the ceremony. Such activities, being organised by the banned militant outfits in the open in big cities, have put a question mark on the working of intelligence and law-enforcing agencies.

When contacted an official of the Punjab Counterterrorism Department (CTD) said they had no information about such events. This reporter also made repeated attempts to contact Punjab Inspector General of Police (IGP) Khan Baig, but he was not available for his comments.

In December last, the provincial police were directed to step up a crackdown on the elements involved in spreading sectarianism and publishing hate material as well as those financing the banned outfits.

According to the preconditions of the speech competition, a contestant must be a college or university student. The aspirants will have to submit speech papers in writing to the organisers seven days before the event and the speeches must be on the topic of jihad. Those desirous of participating in the event can contact the organisers on the given cellular phone numbers while the event will take place at Gate No 4 Cricket Stadium Punjab University, New Campus. However, prizes for the winners are not mentioned in the campaign poster.

Masood Azhar had formed Jaish-e-Muhammad (JeM) after his release from the Indian authorities in exchange for the passengers of a hijacked Indian Airline plane in December 1999. It soon emerged as one of the fiercest jihadi groups in the region. In addition to guerrilla activities in Indian-Held Kashmir, the militant outfit established close ties with the former Taliban regime in Afghanistan. Reportedly, most of the jihadis fighting for Islamic Emirate of Afghanistan had joined Jaish-e-Muhammad. Mufti Muhammad Asghar Khan is said to be an ex-member of Majlis-e-Shura, Harkatul Mujahideen, who later joined JeM along with his companions.

Beautifully printed on a quality paper, the large-size posters are displayed at public places across Lahore to attract the youth, particularly those studying at colleges and universities. Most interestingly, the posters are on display at the shops and restaurants run by religious activists and frequently visited by college students. The Nation photographed one of the posters after assuring the restaurant owner that the name of his hotel and its whereabouts would not be made public.

The banned outfit, following the pattern of the Punjab chief minister’s speech and essay writing competitions at divisional level (inter and degree-level students, both boys and girls), is organising the event to promote jihad among the young generation.

A couple of weeks ago, Maulana Masood Azhar resurfaced when he addressed thousands of his supporters by phone in Muzaffarabad. This first public appearance of the leader of an outlawed organisation, Jaish-e-Muhammad, raises questions about the state policy towards militancy.

Political analysts say the reactivation of leaders of the outlawed groups does not seem accidental. “It is a disturbing development for the international community as well as for our national security,” they say.

It was also learnt that the audiocassettes and prohibited printed material on jihad as well as speeches of banned militant leaders are being distributed free of cost among students in colleges and universities in the province, particularly in Lahore.

Pakistan has paid a heavy price for using militancy as a tool of our regional policy in the past as this strategy backfired after the 9/11 episode. More than 50,000 people, including thousands of security personnel, have lost their lives in the war on terror, which has now become Pakistan’s own war.

Security experts say terrorists are exploiting the compelling vulnerabilities of the innocent youth who end up at terrorist camps where they are indoctrinated to undertake suicide missions. Since the authorities are unable to educate the masses, especially scrupulous youth, to reject self-indulgence temptations as facilitated by terrorists, the militants are operating parallel to promote jihad.

The episodes of bomb blasts and flashes of fire causing bloodshed and mayhem at public residences, educational institutions, hospitals, markets, parks and business centres are too painful and difficult to forget. Touching memories of the dear ones who lost their lives in terrorist attacks have left behind constant signs of grief for the youth in Pakistan.

“We must have the courage to denounce all acts of terrorism and stop providing space to terrorists since the wicked phenomenon of the war on terror has pierced through our social fiber and is actively damaging our country,” says Muhammad Ayyub, a Lahore-based policy analyst.

Although the students belonging to rich families and studying at leading universities boldly reject such activists of the banned outfits, the children of poor families are exploited by the militants for suicide missions as witnessed in the recent years, he asserted. 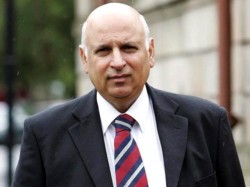