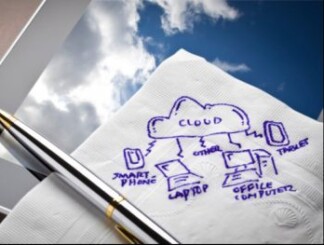 KARACHI: With cloud defining the future of information technology, world’s leading software companies seem to have stepped up campaigns to educate consumers and businesses about the benefits of cloud services. Microsoft Pakistan is one of them.

Not long after it held a seminar about a private cloud service, the software giant held another session to provide thorough knowledge about its cloud-based office application – Office 365.

“Cloud is all about renting an IT service instead of purchasing one, it is about paying for what you use,” Microsoft’s Product Marketing Manager for North Africa, Eastern Mediterranean and Pakistan, Nadine Haddad told a select group of bloggers and journalists during a seminar at its Karachi office on Friday.

Haddad was speaking from Lebanon through Lync – a video conferencing app included in the Office 365 pack. It is like a consumer paying for the electricity service on a monthly basis without installing the infrastructure and that’s the whole concept behind cloud technology, she said.

Still a new term for many small as well as medium-size businesses in the country, cloud has remained the focus of discussion on every IT forum recently. While Pakistan is a slow adopter of technology, the projection for worldwide growth of cloud is very high.

According to a June 2010 report by Gartner – a leading information technology research and advisory company based in America – the revenue from worldwide cloud services is projected to reach $148 billion by 2014.

While most of this growth is to come from developed countries, the cloud providers have started educating businesses in Pakistan too to grab their slice of a market with a growing need of this technology.

Cloud provides shift from capital expenditures (capex) to operational expenditures (opex), Haddad said, because it is a rent-based service. One of the main benefits of the cloud is that it is cost efficient, she said.

Cloud means reduced management, she said, as the cloud provider takes care of everything and businessmen can pay attention to other important tasks. It’s energy efficient and saves a lot of money otherwise spent on maintenance of IT infrastructure, she said.

By explaining the benefits of cloud-based service, Haddad set the pitch for introducing new features and add-ons to their flagship product, which is now available as cloud-based technology.

The Office 365 has a consumer offering and business offering. It brings together familiar MS Office desktop applications with business-class shared calendars, instant messaging (IM), video conferencing and file sharing. The end user can stream any office application on a PC when travelling.

By purchasing a single licence, the user can download the whole office applications on five machines including Mac and mobile devices, Haddad said. The cloud-based office is compatible with Windows Phone 8 smartphones, she said. However, users of iOS and Android will be able to download only two apps – One Note and Lync.

Lync is a new addition to the MS office family, according to Haddad. The video conferencing app allows users to add all their Skype contacts to Lync.

Office-on-demand app is another new feature the product offers, according to Haddad. That is the end user can stream the entire office software on his PC without installing it on his machine, which wasn’t available previously.

Since Office 365 is cloud-based, it is always updated by the cloud provider and user doesn’t have to worry about the upgrades, she said. It comes with 20 GB of free storage on Skydrive.

“We also tell you where the user’s data is stored and this is where we are different from others,” she said. Moreover, one can use Office 2010 along with Office 365 at the same time, she said.

All these versions cater to different sets of needs, she said, as today’s consumer is becoming more tech savvy and has access to advance technology. 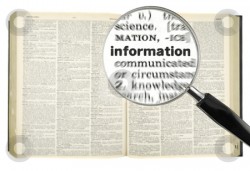 Microsoft invited to broaden IT base in Pakistan