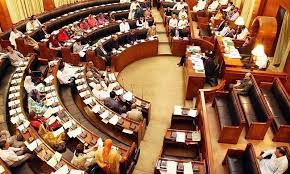 LAHORE: Expressing concern at posting of fake and humiliating material against legislators, a special committee of the Punjab Assembly has sought preparation of a code of ethics for the social media and a strict action against the elements behind the move.

A meeting of the Special Committee No 11 was held here on Wednesday with Speaker Chaudhry Parvez Elahi in the chair. It was attended by representatives of the home department, Federal Investigation Agency (FIA) and other departments.

As standing committees of the house could not be formed even during the fourth year of the assembly’s term because the opposition is refusing to join them for certain reasons, various affairs of the house are being run through special committees formed by the speaker if and when required.

The meeting discussed complaints by various members about uploading fake and humiliating material against them on social media.

The speaker called for effective steps to check humiliation of the lawmakers. He wanted a strict action against those posting objectionable material and warned that if a code of ethics for the social media is not prepared and imposed immediately, the credibility of the assembly would be damaged beyond repair.

Representatives of the FIA and other departments assured the speaker of prompt action on the issue.