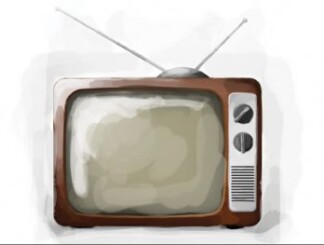 I admit I was wrong in my pre-poll projections. Like most of my colleagues in the media, I had expected the PPP to get a good drubbing in Punjab and Khyber-Pakhtunkhwa (K-P). But very few of us had expected it to be wiped out almost completely from these two provinces. On the other hand, none of us had expected Imran Khan to tsunami himself into the prime minister’s slot. But most thought he would seriously dent the vote bank of the Mian brothers. Only my friend, Dr Ijaz Gilani of Gallup Pakistan, had disagreed with the last premise. His polls had shown that Imran would dent the PPP vote bank rather than the PML-N’s. I had strongly disagreed with these poll results.

In my assessment, I confess, I was carried away, like most of my media colleagues, by the mounting widespread impression that Imran’s tsunami was capable of stopping the PML-N’s anticipated landslide being made possible otherwise by the assured rout threatening the PPP in Punjab. The media, including the social media, reinforced this impression by the round-the-clock coverage of Imran’s whirlwind campaign throughout the length and breadth of the country, in the 20 days leading to the polling day promising a Naya Pakistan and mobilising the educated youth of the middle and upper middle classes as never before. Imran himself contributed to further strengthen this impression by exuding an exaggerated sense of personal invincibility. In the final analysis, to the consternation of Imran’s supporters, the lion proved to be neither a stuffed version nor one borrowed from circus. However, Imran’s bat seems to have succeeded in making mincemeat of the already battered and bloodied ANP in K-P. Yes, no hung parliament but the mandate, however, appears to be somewhat split if one notes the relative numerical strengths of the three major parties in the four provinces and in the all important Senate at the centre.

Now, let us turn to the PPP’s landslide in the reverse. Most of us expected the PPP to suffer the consequences of incumbency, as well as from the restrictions forced upon it by the Taliban. But its biggest drawback was the absence of a face to match Nawaz and Imran at the battlefront. And finally, when it needed a face to show at press conferences in Karachi and Lahore, they picked up, of all the people, a person whose credibility had always been down in the dumps and whom my late friend Khalid Hasan had nicknamed Inspector Clouseau. But while Clouseau was a bumbling, funny fictional police inspector in the movie The Pink Panther, Mr Rehman Malik is no fictional character, and decidedly, not a funny one. But every time he opened his mouth during his tenure as interior minister of the outgoing government, he would come up with a new fiction, no matter on what subject he was casting his pearls of wisdom — be it the law and order situation in Karachi, foreign policy, the economy, security policy or political opponents. Frequently, he would virtually double for the prime minister, and at times, even for the president.

The PPP’s seemingly intense desire to complete its five-year term, come what may, had seemed to have reduced it to the status of a handmaiden of its coalition partners. They played the PPP like a fiddle. In fact, if one went over the political crises faced by the PPP during its tenure, one would be surprised to see that most of these crises for the government were set off by the PPP’s coalition partners and not by the genuine opposition — the PML-N. Another reason for the debacle was the decision of the PPP to burden a teenaged student with the enormous responsibility of leading a 40-year-old political party. I am not saying that he does not have in him what it takes to acquire, in due course of time, the leadership qualities of his maternal grandfather and his mother. But it was too early to throw him into the deep and then start taking extra precautions to protect him from the terrorists at a time when his face, in the absence of any other, was what the PPP had needed the most.