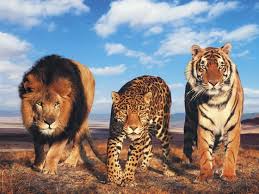 LAHORE: WWF-Pakistan organised its environmental journalists quarterly meeting to sensitise media on the recent order of the Lahore High Court (LHC) in the big cats case and highlight the importance of COP21 and climate change.

WWF-Pakistan appreciated the LHC’s order of November 20, 2015, where the Election Commission of Pakistan (ECP) was directed to ensure that the dignity of the animals is protected and big cats (tigers and lions) are not used in election campaigns. Director General of Punjab Wildlife and Parks Department and Secretary Local Government were also directed to ensure that no such activity takes place during election campaigns.

Dr Uzma Khan, Director Species Conservation, WWF-Pakistan and WWF-Pakistan’s lawyer for the case Syed Ali Raza Shah briefed the media regarding the big cats case and highlighted that in 2013 Feryal Gohar, through Waqas Mir, filed a writ petition against the use of endangered species in electoral campaigns which is cruelty to animals, poses a threat to public safety and is against the spirit of international conventions such as the Convention on the International Trade in Endangered Species of Wild Fauna and Flora (CITES).

Justice Mansoor Ali Shah appointed WWF-Pakistan as amicus curiae (expert) to provide technical assistance in the case. Justice Mansoor Ali Shah also formed a 14-member Wildlife Commission under the chairmanship of Brig. (R) Mukhtar Ahmad to inspect private facilities and monitor their practices of animal management and identify gaps in the legal framework. The commission continued to update the LHC on the practices and continued appearance of big cats in by-elections and local government elections, and consequent celebrations.

After the media briefing on the big cats case, Dr Masood Arshad, Director Freshwater, Energy and Climate, WWF-Pakistan, sensitised the media on the impacts of climate change in the northern and coastal areas of Pakistan and highlighted how increasing impacts are affecting millions of people across the country. According to him, ‘this year’s floods in country affected more than 1.5 million people; therefore, it is important to boost adaptation and mitigation efforts before any further flooding events.’ Briefing journalists on the importance of COP21, Dr Masood said, ‘At COP21, world leaders have already spoken of the atrocities of climate change and it’s important in reaching a global agreement that meets the demands of science and reduces greenhouse gas emissions sufficiently to keep global warming below 1.5°C.’

Dr Masood Arshad also threw light on WWF-Pakistan’s recent study on food security titled Climate Change Adaptation in the Indus Ecoregion: A Micro-Econometric Study of the Determinants, Impact and Cost Effectiveness of Adaptation Strategies. Discussing the key findings of the report, Dr Masood said, ‘Climate change will likely have a large cost on agriculture productivity in Pakistan. In particular, by 2040 assuming a 0.5 degrees Celsius increase in average nationwide temperatures, an 8 to 10 percent productivity loss is expected across all crops equivalent to Rs30,000 per acre. The report findings also suggest that productivity of cotton and wheat crops (except rice) can be increased by up to 49 to 52 percent.