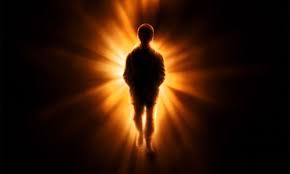 KARACHI: How to report trauma, not just in adults but the trauma that children go through in an incident was the main topic of discussion during a Zoom meeting organised by the Uks Research Centre on Saturday.

Taking the motorway gang-rape reporting as a case study, Uks director said that the issue of ‘trauma’ was missing from the reporting done by the media about it. “There were children who watched their mother being raped,” she reminded, adding that reporting should be done in a way that empowers the victims rather than reopening their wounds by making them look like poor helpless beings, whose lives were just ruined.

Psychologist Asha Bedar said that children process trauma differently. “But here they are referred to as ‘poor children’ without going on to show the mental mechanism that helps in accepting what happened and taking it on from there,” she said, adding that there was a need for a trauma-informed concept in journalism.

“There is a glaring lack of understanding of what trauma is. Our media is child-blind and trauma blind,” she said, while giving the examples of how the Army Public School carnage and the recent situation in Palestine, both of which involved children, were reported.

Senior journalist Naseem Zehra said that although she had picked up on the trauma associated with the motorway rape case, generally, children’s trauma did not come in common debate. “While reporting on such incidents, we should be looking to pin down those responsible, what were the conditions that led to the incident, what was the environment, what are the government’s weaknesses, how to prevent anything like it happening again and how were the culprits punished,” she explained.

Human rights activist Tahira Abdullah said that the media should also be given some margin as there was also a thing such as the state’s responsibility that comes in here. “We cry about exposing the victim and not respecting her privacy and dignity. But there is an FIR, which is a public document. It even gives you the victim’s address. That is how journalists were able to reach the motorway rape victim’s home,” she pointed out.

Psychologist Zehra Kamal said that in the motorway case, the children were not just witnesses to their mother’s gang rape, they were also victims of violence. “So what they needed in emotional support could be looked at. Is family support enough for them or if that is not helping, do they need professional intervention?” she asked.

“It was good that their pictures and names were not flashed by the media in the motorway case, but here this, too, has to do with class. Here we think that some victims deserve respect while others don’t,” she pointed out, while also turning attention to the kind of language used when reporting incidents in the media. “A rape must be called a ‘rape’, and not something like sexual harassment or attack or anything else. There is no translation of rape in Urdu so the English word should be used,” she said.

Journalist Lubna Jerar said that people did not want to talk about rape while the media was trying to grapple with how to report the situation. “Trauma then doesn’t even cross their mind. Media needs to be trained and made to understand how to also report on trauma,” she said.

Journalist and media ethics expert Afia Salam said that journalists should try to get into the head of the criminal. “They also need to look at what are the drivers of their kind of mindset,” she said.