In an unlettered society where one rarely comes across people genuinely into writing or reading and where books are sold not by content but by weight as a waste paper commodity and where book stores are disappearing fast getting converted into video shops or burger stands, the arrival of every single new book by a Pakistani author is freshening expression of a resolve not to give up the book culture.

Yasmeen Aftab Ali’s “A Comparative Analysis of Media and Media Laws in Pakistan” (Sang-e-Meel Publictions-2012) is, indeed, a welcome arrival focusing as it does on a subject that is of great relevance to our society where not only the media laws if there are any but also all other laws are of no practical consequence. The author, a prolific writer in social media, a well known lawyer and prominent academic in mass communication, has very ably used her practitioner’s experience in opening an insightful window into an otherwise untraversed area in our written literature.

This book is, perhaps, the first study of its own kind encompassing all media-related issues in our country and generating awareness of the vast legal framework available to the people as well as the media community on the rights and obligations of all in handling this important vehicle of public opinion and information. Yasmeen not only traces the historical evolution of this institution in Pakistan, but also brings out with specific instances the growing tendency for abuse of media-related freedoms.

Besides putting the media’s role in its perspective as the ‘fourth pillar’ of a democratic state, the author has tried to clarify in common man’s language the much misunderstood concepts of freedom of speech, freedom of expression, defamation, contempt of court, cyber law, electronic media and social responsibility with comparative analyses of the laws on these issues in our own country and those in other countries.

Now, as in any other country in today’s world, our media is playing a pivotal role as a source of information on almost every aspect of our national life as also on issues and developments of national, regional and global importance across the globe in the context of their relevance to Pakistan. In many respects, information has never been so free presenting new challenges to the society as a whole and helping people discover new facts and hidden realities, while making governments more accountable.

All societies now recognise that free expression has its limits. The foremost challenge thus remains how the free media itself is using its newfound freedom in meeting its own obligations towards respecting the freedom of the public as individuals or even as groups or society as a whole. This book makes the case for the media’s responsibility in remaining within the limits of legal, moral, cultural and ethical norms of the society and also the need for promoting diversity, transparency, accessibility and accountability among fast-growing media corporations and the government agencies that regulate the media.

With more and more corporate conglomerates buying up independent news outlets, broadcasters are becoming less and less accountable to the public and as a consequence, fewer voices and perspectives are to be heard. An increasingly concentrated media ownership system in our own country has had a negative impact on the quality of news and information that we receive about the nation and the world. There are instances, globally as well as in our own country, of growing abuse of media power to influence the political and cultural scenes.

Those of us who remember the classic fairytale movie, “The Wizard of Oz”, might see in it some allegorical resemblances with the world of media in our times today. Its main character, Dorothy Gale, is a young, helpless, good-natured adopted orphan girl snatched up by a Kansas tornado and deposited in a fantasy land of witches. When she and her companions finally reach the palace of the Wizard, and in the main hall, a huge head faces them talking and breathing fire and smoke, and holding the terrorised but rapt attention of anyone who looks upon his face.

That is until a curtain is moved and we find that the Wizard is actually a little wimpy old man, who just works levers and pushes buttons to make the huge head talk and move. “Pay no attention to the man behind the curtain,” the Wizard yells into a microphone, hoping the huge talking head will make Dorothy, the Tin Man, the Cowardly Lion and the Scarecrow ignore the facts and concentrate on the illusion.

As in the “Wizard of Oz”, the people in our world today are transfixed on our own talking heads that come from our own Wizard boxes every day and night in regular news bulletins, including frequent breaking news every now and then. And the news media, especially the electronic media understands completely how much power they have over the minds of the masses, even those who say “they can’t trust the media.” By using graphic images, focusing on everything they want you to see and hear, shaping events by reporting only on those that they choose, they control an empire that is actually a fourth pillar of the state. And, no wonder, they control our minds.

The media exercises influence and authority over us. And there is no doubt that money and muscle power are getting control over the media, which is becoming a commercial enterprise rather than being driven by public good, and if recent developments in the country are an eye opener, our media is no longer immune to corruption. Vested foreign as well as local interests are also pouring in money with ulterior motives. They say, lawlessness is the son of anarchy and brother of violence and corruption and this “broken” family lives happily in Pakistan. These renegade companions flourish only in societies where common purposes and collective good lose out to vested interests.

Though we have a voluntary code of ethics adopted since 1972, the performance of media in our country has yet to rise to the globally recognised standards of reporting with responsibility. Unfortunately, even the Press Council of Pakistan is not functioning as a statutory body and is not doing its work as it should be in any democratic society where the press has to be both free and responsible. Instead of seeking to reinforce the laws and ethical codes on such issues as morality, cultural propriety, plagiarism, fairness, etc, it is said to be seeking the repeal of defamation laws.

Meanwhile, the reach of the media and its impact on general public is increasing and in a country where there is no rule of law, too much of freedom has its own hazards. Too much of commercialism that is going beyond the prescribed codifying limits is unhealthy and must be reined in. Yasmeen Ali’s book is a timely rejoinder on all these issues so that media’s freedom is an asset, rather than a liability for our society. To be so, it must remain within an obligatory framework of legal, social, moral, cultural and ethical standards in keeping with Pakistan’s value system.

The writer is a former foreign secretary. Email: shamshad2001@hotmail.com 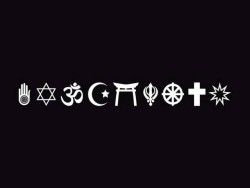 Consensus on media code of conduct