Punjab Chief Minister Muhammad Shahbaz Sharif said that media is playing a vital role in strengthening democracy and highlighting social issues. He said media can also play a significant role in providing guidance for reforming the society and bringing the country out of its current problems.

He said electronic media is expeditiously going through its evolutionary phases, as in the past media supported martial law, while now there is a powerful voice of media against dictatorship and delaying general elections, which is highly encouraging. He said balanced reporting is essential for media, and when media criticises the government for its mistakes, it should also appreciate the services of politicians, institutions, philanthropists and officers at the time of natural calamities.

Muhammad Shahbaz Sharif said media would also play a central role during the forthcoming general elections. He said Pakistan is burning in the fire of terrorism and innocent lives are being lost at roads, streets and muhallahs; therefore, promotion of tolerance, forbearance and brotherhood is the need of the hour to bring the country out of the scourge of terrorism and extremism.

Addressing the International Journalism Conference, Muhammad Shahbaz Sharif said that it is an honour for him to attend the conference, for which the organisers deserve accolade. He hoped that this international conference would go a long way in promotion of journalism, besides learning from each others’ experiences. He said Pakistani media is highly active and dynamic, while democratic dispensation has been strengthened due to seminars, TV talk shows and newspaper articles. He said, indeed, media has played a highly central role in strengthening democratic system and saving democracy. He said Pakistani media has achieved its high place as a result of untiring hard work, whereas journalists have performed their duties without any fear, despite the fact that some brave journalists had to lose their lives during performance of their duties, while some were harassed and some journalists are missing.

Talking about the current situation in the country, Muhammad Shahbaz Sharif said that Pakistan is burning in the fire of terrorism, and cities like Quetta, Karachi, Peshawar and other areas, are suffering due to terrorist activities. He said it is a great irony that both the killers and the killed are Muslims. He said that the whole nation would have to unite to bring the country out of the vortex of terrorism and extremism, besides ensuring strengthening of national economy and solving other issues. He said this so-called Islamic war began 30 years ago, in which Pakistan was forcibly pushed. He said that it was our mistake and we must learn a lesson from our past. He said those Jehadis who fought against communism are being labelled as terrorists. He said these Jehadis used to work for Europe and North America, but now they are being condemned. He said we would have to move forward by learning from our mistakes. He said we would have to change the attitude of intolerance in the society. He said intolerance and extremism have shaken the foundations of the country and has brought the country on the verge of destruction. Muhammad Shahbaz Sharif said if we did not control the situation with wisdom and full force, then, God forbid, Pakistan would be called a failed state. He said the country was created after great sacrifices under the leadership of Quaid-e-Azam, but it is surrounded now in multiple problems and is faced with darkness everywhere. He said the corrupt federal government has looted the national exchequer by indulging in corruption worth billions and trillions of rupees, due to which the country is faced with many problems like miss-governance, corruption and load shedding. 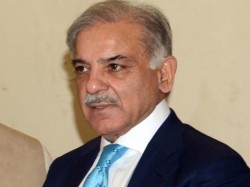 Affordable healthcare is a priority: Shahbaz 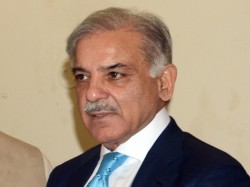 Media has pivotal role in war on terrorism, says Shahbaz

Media, SC get high respect from public in survey