Media has pivotal role in war on terrorism, says Shahbaz

LAHORE: Chief Minister Shahbaz Sharif said on Friday that a centre of excellence and a utility store would be established at the Journalists’ Colony.

He was speaking to a delegation of Lahore journalists. Sharif said the government had always tried to resolve the challenges confronting journalists. He ordered the constitution of a committee to assist them in overcoming challenges confronting them. The committee would include Education Minister Rana Mashhood, government spokesperson Zaeem Qadri and TV journalists Salman Ghani and Najam Wali. Sharif said media had a pivotal role in the war on terrorism.

He said the nation looked up to media as the guardian of national interests in the war on terrorism. He said the government had always prioritised the quick resolution of the community’s problems.

Chief Minister Shahbaz Sharif said the country was fighting an acute energy crisis. He was chairing a meeting organised to review progress on solar projects in Bahawalpur’s Quaid-i-Azam Solar Park. It was agreed to speed up work on 900 megawatt-solar projects. Water and Power Federal Minister Khwaja Asif was also present on the occasion.

Sharif said the energy crisis had taken a toll on the industrial, agriculture, education and health sectors. He said the government was taking every step to quickly overcome the crisis.

Minister Asif said efforts were being made to quickly complete the project.

Sharif said agriculture was the backbone of the national economy. He said the role of farmers was seminal in the sector. He said the government would continue to promote agriculture and take steps for the benefit of farmers. Sharif said the government would ensure that farmers’ interests were secure. He said a comprehensive strategy had been formulated for the development and promotion of the sector. 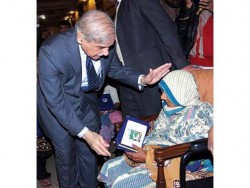 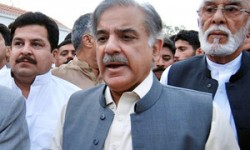