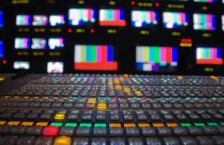 Sindh Information, Archives and Labour Minister Saeed Ghani has said it is indeed a matter of pride for the Sindh Madressatul Islam University (SMIU) that the country’s founder and one of the greatest leaders of the world, Quaid-e-Azam Mohammad Ali Jinnah, had attended the educational institute when it used to be only school.

He said this while addressing as the chief guest the third annual convocation of the SMIU held at the Karachi Expo Centre on Saturday.

A total of 287 degrees were conferred on graduates of the SMIU during the convocation. Eight gold medals were also awarded during the ceremony, which was presided over by Pro Chancellor Nisar Ahmed Khuhro.

Ghani said whenever one talked about the SMIU, the first personality that came to mind was the Quaid-e-Azam. He added that it was pleasing to him that at present the SMIU has been ranked amongst the top most educational institutions of the country.

He also lauded the efforts of SMIU Vice Chancellor (VC) Dr Muhammad Ali Shaikh in making the varsity one of the best universities of Pakistan. He said due credit should also be given to the Sindh government for awarding the educational institution the status of a university.

The information minister remarked that other universities should follow in the SMIU’s footsteps to become one of the leading educational institutions of the country.

He lamented that the Sindh government’s miraculous reforms in the education and health sectors of the province had not been acknowledged by the media for unknown reasons.

The development and progress of any country was linked to a better educational system, Ghani said as he congratulated the students who had just completed their university education from the SMIU, especially the position holders and gold medallists.

Appreciating the contribution of SMIU students in the struggle for Pakistan, Khuhro said, “this institution produced a force of an educated class that ultimately demanded a separate country for the Muslim of this part of the world.”

“The SMIU produced a force of an educated class like Jinnah, GM Syed and others who demanded a separate identity for their people. They actually demanded a separate land and through their struggle Pakistan came into existence,” the pro chancellor said. He congratulated the graduates and their parents. “I wish you a bright future.”

He also lauded the role of parents in the education of their children. “It’s really a big day for them [parents],” he remarked, asking the students to earn a name for their parents, SMIU and the country.

“The university graduates always play a decisive role in the country’s progress and development,” the SMIU VC said. “We don’t need to go after natural resources. We have a huge human resource available. We need to exploit it smartly,” he added.

He said those nations who relied mostly on their human resources progressed well. “You have to start your career and I wish you a bright future,” he told the students.

Later, talking to the media, Ghani said the participants of the Azadi March were peaceful and they had not done anything that violated the prevalent laws of the country. He recalled that Prime Minister Imran Khan had five years ago called for civil disobedience during his sit-in when he was not in power. He added that leaders of the Pakistan Tehreek-e-Insaf were provoking the peaceful participants of Azadi March.