KARACHI: All media organizations should train both newsroom and field journalists for covering sensitive issues like minority and religious ones so as to avoid any harm. Media needs to give full training to reporters and cameramen on live courage of religious and other grave issues. It is must to be careful while using language in print and electronic media because of the fact that any minor error in this regard could trigger any harm.

This was the crux of ‘Roundtable discussion for media professionals on matters of faith in media’ organized by Pakistan Press Foundation (PPF) at a local hotel on Saturday evening. The discussion was attended by senior journalists, political and minority leaders.

Speaking on the occasion, Secretary General PPF Owais Aslam Ali said that media should treat all citizens equally and adopt positive role for giving due coverage to issues facing minorities in Pakistan.

He said that there was need to develop capacity of students and teachers in the universities for conducting research. He said that university students were not taking research seriously because they lacked credibility, therefore, they needed capacity building and grooming.

Owais said: “The research in universities is cheaper than the same being conducted by NGOs and other civil society organizations. Professional research is costly.”

He said that minorities needed due coverage, hence, it would be good omen to hold talk shows on the issues facing minorities in the country. “We should exert pressure to raise diversity of talk shows,” he added.

Ex-MPA PPP Pitanbar Sewani said that minorities in Pakistan had been deprived of due media coverage. He said that Hindus should be treated as equal citizens. We are not being protected in Sindh and that was why Hindu people are migrating to India.

Mazhar Abbas, a senior journalist of Pakistan, said that all media outlets should train their internal and external staff for covering minority, sectarian and other sensitive issues. He said that use of harsh language in reporting should be avoided. Faith issues are sensitive, so they should be covered with care.

“Electronic media should also avoid making haste while giving breaking news. Bodies of those killed in violence acts should not be shown because they could trigger more violence. Print media has more time to cover news as compared to electronic one.” He also stressed the need to cover minorities’ issues without any discrimination.

Sadaf Baig, a researcher from Intermedia, delivered presentation on a research on media coverage given to Malala Yousuf Zai, Rimshaw Masih and Hazra people killings.

She said that Malala was given lot of media coverage in Pakistan. Media did not come under threat of Taliban as it highlighted the issue in well manner. They did not produce case as Islamic. Majority of coverage was based on facts.

She said that Malala was given full coverage while being shifted to hospital and during treatment.

The name of the hospital was kept hidden but Pakistan media revealed its name. In case of Hazara killings in Quetta, media gave due coverage to protests against these incidents. Political parties and civil society also joined these protests, she said.

She said that there was need to focus on facts rather than opinions while covering such issues. Sadaf said that in the research, there was lack of covering local newspapers because it needed translation work which was costly.

Younus Advocate belonging to Jamaat-e-Islami said that print and electronic media were highlighting issues being faced by minorities but it should first highlight those issues faced by Muslims in Pakistan. He said that non-issues of Christians were being highlighted in media while social issues were being ignored.

Amar Guriro, a senior journalist of Sindh, said that influential Hindus were also committing injustices with their weak community people, which needed to be highlighted in media. He said that minority leaders were also involved in corruption.

Abdullah Jan, a civil society leader, said media as a whole should provide reports on facts. “There should be cells in media organizations to give due coverage to issues facing all segments of the society. Media should be sensitized to report issues as per scope,” he asserted.

Bishop Dr Ijaz Inayat said that that minorities’ issues should be given due coverage. He said that brainstorming system should be ensured in media outlets.

Minorities should be presented like other people of Pakistan during media coverage because they are also sons of this soil, he said.

Bari Baloch said that Balochistan had low media coverage on violence issues as compared to other parts of the country. He said that due to sectarianism and ethnic polarization, minorities were facing problems in the province.

“Hindus have always remained loyal to Balochistan soil and its people.” He said that Hazara killings had got low coverage.

Idress Bakhtiar, a senior journalist of Pakistan, said that office journalists had no reporting experience, therefore, they should be trained. Mainstream media is playing positive role in reporting ethnic and sectarian issues. He said that minorities should be given due coverage like other citizens of Pakistan. 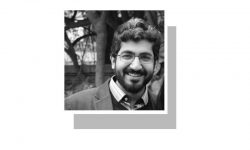 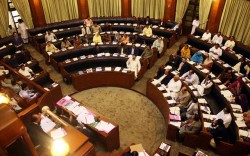