Media must reinvent itself to survive, seminar told 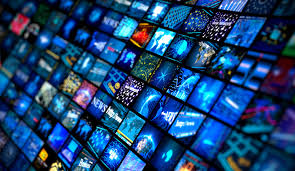 LAHORE: The media is going through a transformation the world over due to “digital disruption” and mobile technology has so bewitched the younger generation that very few among them watch television these days, TV host Fahad Hussain said at a seminar on Sunday.

Information Minister Fawad Chaudhry was among the speakers at the Afkar-i-Taza ThinkFest at Alhamra Arts Centre.

A session on “Does Pakistan need a new media model?” stirred a lively debate on the future of media as we know today.

Fahad Hussian called for changes in content as most viewers were opting for digital outlets to quench their thirst for information and entertainment.

Federal Information Minister Fawad Chaudhry came up with a dire warning that the current model would not last long if media houses did not change their ways.

“The news media wants government ads and sponsorship. But what would happen to its freedom if the media looks up to the government as its saviour and not as a client,” the minister said.

Journalist Owais Tohid said there should be changes in the media model, but these should not be “spearheaded by the armed forces” or any other institution.

Conceding that the present media model was flawed, he pointed out to censorship by state institutions, saying “the information ministry is functioning like a post office”.

He said the government always approached owners of media houses before taking major decisions, but never bothered to consult journalists.

Mehmal Sarfraz raised questions about media censorship, citing the Pashtun Tahuffuz Movement (PTM) as an example which was going through “total blackout”.

In reply to her questions, Fawad Chaudhry said: “There is nothing like absolute freedom. If any group criticises the army or issues fatwas inciting murder, it should expect a reaction (from the state).”

Mehmal Sarfraz asked the information minister not to equate a “rights movement” with extremist organisations.

About media layoffs, Fahad Hussain said a major factor was the suspension of government advertisements.

The slump in the economy was also a factor behind layoffs, he added.

Journalist Imtiaz Alam criticised the government, especially the information minister, as “censorship and the rulers’ dislike of civil society and liberal values have stunted the media”.