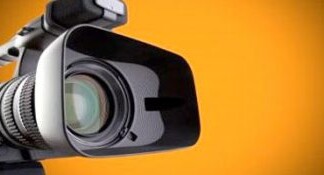 Media in any country has a significant role to play in the country’s success. Media has a strong influence on people’s attitude and behavior. And if I am talking about Pakistan then the role of Pakistani media has been in question for a long time. It’s a long debate that either our media are playing a positive role and educating the masses or destroying their mind-set. Our film industry was already in critical dilemma and only producing sub-standard films which have limited viewership.

Once in a blue moon a good movie is produced and obviously that is not enough for the whole industry. Pakistan viewers have to rely on foreign films. These movies impose their culture and traditions on us. Their norms are penetrated into the minds of our younger generation like slow poison. Pakistani film industry needs to raise its standards and should produce quality movies to attract educated people to the cinema and to counter this psychological warfare.

The Pakistani drama has been very popular in South Asia but unfortunately it deteriorated and Indian drama serials followed by the imported Turkish drama are capturing the viewership of the TV sets. Private channels motivated by their commercial interests only are playing havocs with our culture and traditions which we were required to protect against the onslaught from across the border.

Our TV channels were supposed to promote our Islamic traditions and Pakistani culture but unfortunately they started following foreign media content. Collective efforts are required to stop the cultural invasion. PEMRA should take action to regularize the stream of foreign and dubbed content on national private TV channels. The Government rightly emphasized on self-regulation but this is nowhere to be seen and now even common people are acknowledging that the media must operate within a reasonable framework.

All I have to say is that if it is necessary to on air their content than it should be passed through some filters. As it is directly affecting our culture and not only our culture but local TV production industry. Nowhere in the world media is allowed to be used for only sensationalism and glamour that we witness on some of our channels. Pakistan is rich in culture as well as talent. There is just a need to utilize it in the best possible ways to support our industry and sustain it at the best level.