“In the beginning of the 1990s, commercial television helped him move to political power (Berlusconi’s party Forza Italia won the 1993 parliamentary elections). He has enjoyed a degree of power over both commercial and public service television in recent years that has no precedent in any developed democracy.

“The negative phenomenon of Berlusconization is largely characterised by providing the audience with mainly sensational information and low-quality programmes such as obscene soap operas, talk shows, private monopolies in the broadcasting industry, as well as permanent control over the media and blatant partisanship in the media.”

The Pakistani media has grown exponentially through a conscious effort of the state as well as its people in the last two decades or so. The process gained momentum in the time of General Pervez Musharraf when the media became so much free that it led to his downfall. Further, the factor of information empowerment has reached new heights where possession of a mobile phone is becoming as common as the possession of a personal toothbrush.

According to Yahoo, “India alone is responsible for 60 percent of the global population lacking access to basic sanitation. About half of its 1.2 billion residents are mobile subscribers, but only 366 million people (about one-third of its population) have access to toilets.”

The issue of proliferation of mobile phones and growth of media in Pakistan has led to the accumulation of soft power of persuasion in the hands of media magnets with both positive and negative consequences. The urge for better rating, more money and mass appeal to general public has led to the media houses adopting an approach of infotainment where every news item has to be cooked as a sort of recipe, which is not only acceptable to the public of 21st century, but also unique in its appeal.

Strategically, the media has now become the fourth pillar and power structure of the state. No wonder, we have seen its reflection in the current caretaker setup. So the claim of Pakistani media that it will be able to manufacture leaders in the next general elections is proving to be true.

When we look back through the hindsight in the last decades or so, the media has not only kept the debate on major issues alive, but also through its sense of humour helped the Pakistani nation to negotiate the scourge of terror with a smiling face.

The talk shows with their subtle satire and mockery of everything wrong in Pakistan provided a sort of punching bag to the general public where they could unleash their sense of frustration on the political leadership and voice their views in concert with the hosts. That is why talk shows are more popular than pure entertainment in Pakistan.

Political awareness and debate on social issues have been other landmark accomplishments of the media. We can safely predict that the next elections will throw up a new leadership, which has passed through the screening process unleashed by the media in the last five years or so and is conscious of its moral high ground gained as the result of promises made to the general public.
What are the chances of Pakistani media embracing Berlusconization? Indeed, this is a million dollar question.

Berlusconization could take two major forms: media magnets and houses become active political players or politicians start opening media houses for the objective of gaining power. In our opinion, both shades are visible in Pakistan’s media world and we should not be too much concerned about it.

Probably, this is a sign of a healthy evolution of a vibrant society. Pakistan has passed through a turbulent time where a kind of ‘Fourth Generation War’ was fought inside our borders and still goes on. There were observations about Pakistan having become a failed state, as a melting state or fragmented entity; but so far, that has not happened.

Needless to say, Pakistan is moving into the next elections with a new spirit and we see a bright future for this resilient people. The Pakistani media played its part in this turbulent time through a lively debate and process of accountability. Whenever there was an effort by vested interest to exploit weaknesses in our perception management mechanism, the media through a process of self-correction checked this trend and came out with a better narrative for Pakistan.

The word of caution for the fourth pillar of the state: blind Berlusconization and accumulation of unbridled power cannot auger well for either the media or the other pillars of the state. We have to strike a balance between looking after the need of the general public for information empowerment and the total mind control of the people of Pakistan. 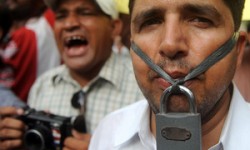 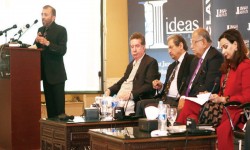 ‘No law allows blocking of websites’ 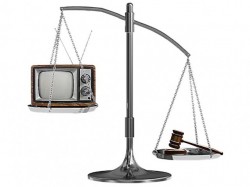