“Time granted for the paid-for content was extremely high, far exceeding the time allocated to election-related debate programmes and even news on two of the TV channels monitored by the EU EOM,” the report stated. The mission monitored a sample of political content in Pakistani TV, radio and print media from April 8 to May 9, Inta Lase, an independent media expert from Latvia who was part of the EU EOM Pakistan, said at a seminar on Wednesday.

In 1,182 hours of coded television broadcasts, the team found that news channels devoted 39 per cent of programming, or around 463 hours to political content. A little less than one-forth of the political programming was made up of news, the EOM report shows. For private TV stations, political ads took up 21 to 31 per cent of airtime between 6pm and midnight. In contrast, voter education only got 1-2 per cent airtime.

One of the problematic issues with the election coverage, Lase said, was that paid content was almost equal to news in some cases.

“This shows that money is playing an important part,” she said. “It also means that there should be a debate on campaign financing.” On top of the campaign ads, the EOM report points out, TV channels broadcast “long-lasting live rallies” which benefitted a few political parties.

According to the report, the Pakistan Muslim League-Nawaz got nearly 16 hours of live coverage, the Muttahida Qaumi Movement nine, Pakistan Tehreek-e-Insaf five and Pakistan Peoples Party four hours of rally coverage on the channels monitored by the EOM.

The coverage share seemed to vary depending upon the location of the headquarters of the TV channels and the power centres of the political parties, the EOM report shows.

The tone of political communication was “mainly positive or neutral” and newspapers monitored by EOM granted a “fairly balanced coverage” to the main contestants. Lase said the Election Commission of Pakistan (ECP) issued a media code of conduct, but there was no monitoring by the Pakistan Electronic Media Regulatory Authority or the ECP to check code violations. She said a “realistic enforcement mechanism” for the code of conduct is recommended, a process that would involve media monitoring by an independent body and penalties for violators.

The EU EOM Pakistan final report also stated that by subjecting freedom of expression in the Constitution to “any reasonable” restriction, Pakistan is not fulfilling the spirit of article 19 of the International Covenant on Civil and Political Rights, to which Pakistan is party and which forms the basis of the EU EOM’s assessment. “There is no primary legislation that supports freedom of expression.” The mission has also recommended revision in the legal framework for Pakistani media, promotion of safe environment for working journalists and professional capacity building training for journalists.

The key findings and 50 recommendations from the mission’s work are being shared in a series of nationwide seminars. 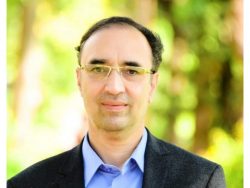