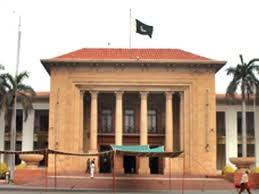 LAHORE: The Punjab Assembly Press Gallery boycotted the assembly proceedings against the attack on media persons by the Pakistan Tehreek-e-Insaf workers.

The PTI severely injured peaceful media persons, including a cameraman, busy in covering their protest camp on The Mall in hot and humid weather. The proceedings were boycotted at a time when the opposition took up the matter of police torture on PTI workers and assembly members. The Speaker adjourned the proceedings immediately after the media boycotted the assembly proceedings with the objective of expressing solidarity with them.

PTI’s Dr Nosheen Hamid moved a privilege motion against the police for arresting and torturing her while she was protesting against the alleged rigging in PP-150 Lahore. She alleged that police had forcibly bundled her into their van and took her to the police station despite that she had repeatedly conveyed to them that she was an MPA.

The law minister, responding to her privilege motion, claimed that the PML-N government believed in the freedom of speech and it had fought against dictator when its members were not allowed even to raise voice in the assembly.

He claimed that he himself was a strong believer in the freedom of speech and assured the opposition members of his complete cooperation and urged the speaker for forwarding the privilege motion to the special committee and the provincial government would adopt immediate measures on the recommendations of that committee. He claimed that Chief Minister Shahbaz Sharif had already constituted a committee to look into the matter.After the media boycott, the speaker constituted a committee comprising minister Ch Shafique, Abdur Razzaq Dhillo, Murad Raas from the PTI and Dr Waseem from the JI.

Minister Ch Shafique took up the issue in the assembly and later, the law minister held a meeting with the media representatives and assured them of his complete cooperation. He also called DIG Operations Rai Tahir who reached the spot and assured the media of immediate action against the responsible besides registration of a case. He told the media representatives that they had arrested one accused and were trying to nab others as well.

Meanwhile, the media representatives filed an application with the Civil Lines Police Station against the PTI leaders, including PTI Punjab President Central Punjab President Ijaz Chaudhry, Opposition Leader in Punjab Assembly Mian Mahmood Rasheed, and workers for touring and injuring the media persons. Media representatives have decided to continue their protest even on Tuesday (today).