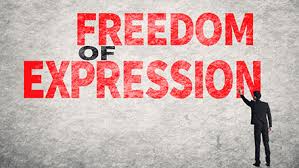 The federal cabinet approved the formation of new regulatory body called Pakistan Media Regulatory Authority (PMRA) with the merger of all media regulating bodies including print, electronic and digital media. The meeting was held on January 24, headed by Prime Minister Imran Khan and attended by the journalists’ associations.

In its press release issued on January 25, APNS President Hameed Haroon and Secretary General Sarmad Ali termed the decision of cabinet as the most regressive step against the media.  APNS further stated that the current media laws including Press Council Ordinance, Press Newspapers, News Agencies and Books Registration Ordinance and PEMRA are being annulled which were enacted after consultation by the government with the media bodies.

The APNS has urged to all democratic forces to raise voice against the undemocratic and anti-public step of government to safeguard the democratic norms in the country.

CPNE President Arif Nizami, Senior Vice President Imtinan Shahid and Secretary General Dr. Jabbar Khattak also opposed the decision and termed it a move to curb the freedom of print media and added there was no need for special laws for the print media.

The PFUJ President Afzal Butt and Secretary General Ayub Jan Sirhandi termed the establishment of PMRA a step worse than the draconian Press and Publications Ordinance that the Pakistani media struggled for decades that led to its repeal. According to PFUJ the hidden motive of the proposal was subjecting the print media to draconian black laws and PFUJ will never accept this.

Talking to Pakistan Press Foundation (PPF), G.M. Jamali President of another faction of PFUJ said the decision was taken without any consent of journalists.

Earlier in December 2018, Press Council of Pakistan (PCP) rejected government’s proposed creation of PMRA and urged the government to ensure the freedom of press.