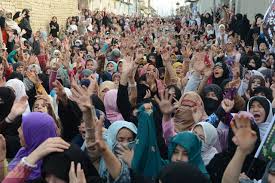 Karachi: Pakistan is portrayed negatively not only in the foreign media but in the local ones too.

If the media, as an institution, decides to make a difference, it needs to slowly work strategies into the system that can help improve civil society.

This was the consensus emerging from an informal group discussion among a group of women from various spheres of activity who had gathered at the Karachi School of Business and Leadership Monday evening. The group, 14 women in all, were from among bank executives, artistes, journalists, teachers, and broadcasters.

Farida Rokadia, presently residing in the US but taking active interest in the civil society of Pakistan, was of the view that our media should highlight matters like women who have made achievements in their respective fields and were earnest about a heightened status for the country in the comity of nations.

TV star Marina Khan said, “You can’t take anything on. We must have more study groups that should devote at least an hour a number of times a week to gauge the mood and attitudes of the viewers towards issues.”

Journalist Naushaba Burney was of the view that our women were cast in a negative stereotype as they had no self-confidence owing to the patriarchal value pattern of society. They had resigned themselves to their subordinate status.

Tahira Raza said that the stereotype projected by the media about the women must change. Both she and journalist Khursheed Hyder cited the case of a popular TV serial where one of the sisters is portrayed as ultra-modern while the heroine is portrayed as one with very ultra-conservative values bordering on obscurantism and both thought that this was just cultivating the value of keeping women suppressed.

Fawzia Naqvi, however, had a positive contribution to make and said that the electronic media had to their credit imparting many household skills to women from the less fortunate segment of society, be they the culinary arts, or maintenance of the household.

One of the three men, in the women’s gathering, replying to the criticism of the TV serial, and the role of conservative attire, said that his niece, studying at the University of Durham in the UK, was very particular about her conservative dressing but she did very well in academics and was elected to a student body. Later, she went on to do her bar-at-law. Her attire, he said, was absolutely no hindrance to her academic or social activity.

Broadcaster and owner of a private TV channel, Seema Tahir, stressed the indispensable importance of education. All the participants were of the view that what is called for first and foremost is education to reorient the masses’ mindset.

Even though the evening’s discussion was supposed to focus on the media at large the actual discussion just pivoted around the electronic media. Among others who spoke were Huma Baqai and Sadaf Mujeeb. They stressed the need for creating icons to help create an atmosphere conducive to liberalism.

All the participants were of the unanimous view that giving education its rightful, pivotal place in the national scheme of things was essential for bringing about the required mindset among the media.