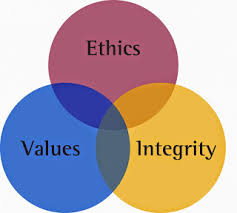 As media has taken a centre stage, all national and global stakeholders are in a fierce competition to get maximum space to send their messages across. National and multinational corporations, governments and organizations set aside special budgets to engage the media in their promotional and publicity activities.

In the area of international conflicts as well, actors fight it out on the media in an effort to win the ‘battle of hearts and minds’. ‘Perception management’ is a key theme in the public diplomacy initiatives that take various forms and shapes.

World leaders are increasingly using the media to convey messages to multiple audiences and mobilize support for their foreign policy agendas. The carefully covered events tend to help ease tense situations. Pakistan’s former president Gen (r) Pervez Musharraf shook hands with the then Indian PM Vajpayee in what an English-language newspaper termed as “a command performance laced with humility, eloquence, fair play and a firm resolve to seek peace” at a time when both the nuclear-armed nations faced each other in an eye-ball to eye-ball confrontation.

Literature has identified this role as ‘media diplomacy.’ Ebo defined it as “the use of media to articulate and promote foreign policy”. The media is employed for messaging when there are no formal means of communication or when the response of other party cannot be predicted. Summit meetings between political leaders are characterized by ‘exposure of negotiations’ and ‘direct high-level contact’ in an effort to secure an opening or bring about reconciliation.

Researchers have studied the effects of ‘new diplomacy’ on the genre of diplomacy. According to Dayan and Katz, ‘new diplomacy’ has undermined the role of ambassadors and diplomats, created environment conducive for dialogue by breaking overly ritualistic formalities and building rapport between the actors to help them stitch the deal.

Even after initial breakthroughs have been achieved in conflicts, persistence of support is considered essential to navigate the process of thinking through the details. Hence, the parties to the conflict continue to keep themselves engaged with media platforms to sustain crucial support. Here the media is used as an ‘instrumental actor’ to help establish and sustain peace.

Following the catastrophic events of 9/11, as the Bush Administration went about overhauling its national security policy and coined new terms to win greater ideological and political ownership of what was broadly termed as the ‘war on terrorism’, the US media faced a tremendous challenge in covering the war effort. The label of ‘war on terrorism’ became shorthand for all the policies that the US administration said were meant to eliminate the threat of terrorism. The idea was to coin a powerful frame to sell its policy to multiple audiences by creating politically supportive environment.

The journalists used a combination of ‘transmission’, ‘reification’ and ‘naturalization’ methods to cover actions under the Bush Administration’s anti-terror policy while covering international conflicts. They transmitted the frame of the sponsors (the Bush Administration) by directly or indirectly quoting officials. Thus ‘war on terror’ was used as shorthand to refer to all actions the US administration took – from budgetary allocations to enactment of legislation to rethinking international relations.

At the heart of the transmission was the idea of reification employed by the journalists, whereby they sought to define the Bush Administration’s policy as the national policy of the US. The religious and ideological terminology used by President Bush to describe his aims under the broad rubric of the ‘war on terror’ in vague and abstract language were reported in a manner as to invest it with a life of its own by the US media.

His convictions were contrasted with the ‘flip-flopping’ of his predecessors. Public opinion polls were used to strengthen the reification process by portraying the feedback of the people on the US administration’s ‘war on terror’ as ‘received wisdom’.

A section of scholars have been tempted to view the concept of embedded journalism in conflict situations with a pinch of salt. Placing journalists with US military units during the Iraq war reflected a dilemma for the Pentagon to use the exercise for construction of a positive media perception for multiple audiences. The perception is important not only due to the legitimacy question but also to win support for durability of operations.

While objectivity in media reporting is considered to be a cardinal principle of journalism, making sure that the embedded journalists adhere to it in letter and spirit while covering complex international conflicts seems difficult for various reasons. The prime duty of a journalist is to seek truth through objective and investigative reporting in a conflict zone as elsewhere but his/her ability to do so is constrained by the political economy of media that operates on the basis of capitalistic principles of economy.

Traditional news media has been challenged by the emergence of social media (SM). The rise of social media platforms such as Twitter, Instagram and Facebook has altered the way traditional news media does its work in terms of covering crises. It has led to greater empowerment of the common citizens thus leading to what media scholars refer to as ‘Citizen Journalism’.

Citizens are no longer mere passive consumers of news produced by reporters but very much its producers too. The producer-consumer dynamic has implications for the future of journalism as it is no longer enough for reporters to easily satisfy the readers and viewers of news. Tahrir Square in Egypt is one recent example of the power of social media to effect change.

There is now a greater tendency on the part of decision-makers to articulate policy decisions through SM platforms. These posts that cut across all traditional means of filtering are a personalized way of connecting with the people. Twitter is increasingly becoming a source of news for top leaders followed avidly by the reporters and journalists who use their SM feed/posts to immediately write stories for their outlets.

The war of words that leaders indulge in on a wide range of issues on social media platforms have had implications for inter-state relations, thus putting a greater strain on foreign policy establishments to strike a middle ground within reduced policy spaces.

Given the imperative that policy matters require nuanced understanding and delicate handling, explaining a balance between political necessity dictated by domestic considerations and policy flexibility in the foreign policy context remains a key challenge for public communication experts as well as the diplomatic community.

The transformative nature of ICTs has created a new set of exciting opportunities for the media to grow and evolve. Couple this with the rise of social media as a preferred source of policy articulation, with the result that greater space has been made available to the media to play a role in the formulation and implementation of foreign policy decisions in the context of international conflicts.

While the level of the media’s involvement in policy formation may vary, it sure is a factor in determining policy choices. It has highlighted global issues, particularly humanitarian ones, through its coverage, brought its influence to bear on policymakers through mobilization of public opinion and thus shaped the outcomes of conflicts.

The News: Media and international conflicts