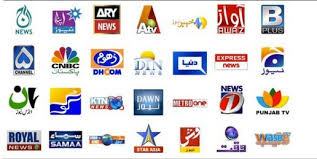 What has gone wrong with our economy? This is the most frequently asked question in Pakistan these days – particularly on TV talk shows. On a private TV channel last week, I was asked a hilarious question on the economic crisis and the anchorperson expected me to give a sensational answer.

The question was not only poorly framed, it also entailed some intrinsic racial remarks about the causes of economic development in the West. What if you were asked to explain the link between skin colour and economic growth or skin colour as the symbol of underdevelopment? You would certainly be upset to have been asked such a silly question on a live TV show. My answer was very simple: ‘you better be replaced by an economist to moderate a discussion on development and the economy.

The TV anchor’s reaction was even more surprising when she said: ‘then why are all white nations more developed? I gave an historical analysis of the evolution of the current economic system, including the impact of colonialism on the developing world. She neither had any clue of economic systems nor had she ever read any book on development and politics. This was not a surprise to me though as we have tons of such people on TV now who are unleashed on us daily.

The answer my TV anchorperson expected was probably one of those routine fear-mongering rants like some of our self-proclaimed public intellectuals dole out on air. They narrate facts and figures to establish their public image as intellectuals rather than discussing the economy per se. They take a moral stance on the scientific principles of economics and profess to be scientific on normative political economy issues.

Coming back to my TV show, the anchorperson then wanted to frame me as someone to initiate a sensational debate by opposing everything coming from the sitting government. While I am convinced that the economy is not on track, it does not make sense to indulge in a sensational discussion to downplay the structural and systemic issues of the economic crisis we face. One can talk about the annual budget as a current affairs’ issue but the economy is not a game of facts and figures only.

Most of our TV anchorpersons, barring a few, ask questions not to get serious answers. They add sensational stuff so that the ranking of their show is not affected by a boring intellectual analysis. You cannot blame the poor TV anchorpersons for this ludicrous debate on serious issues of politics and economy because this is what we want to listen to. This is what our politicians and arrogant pseudo -intellectuals want to us to believe in.

Here the term ‘poor’ is used figuratively to describe poverty of the mind. However, in material terms some of these anchorpersons earn millions – just by trivializing the core issues of our society. They face tremendous pressure to maintain the rankings of their shows amidst a dozen other competing virtual trivialities committed to spread similar ignorance. They relish on our appetite for sensational stories, mudslinging and exaggerated statements of political acrimony. Those who host serious TV shows are doomed to fail because they fail to establish value for money where ‘the majority depends upon fools’ – borrowing a phrase from Bertrand Russel.

The most disturbing thing is that many of these TV personalities and media-savvy pseudo-intellectuals act like experts of the economy or politics or culture. The self-propelling prophecies, stereotypes and facile views furnished by these experts on complex socioeconomic and political issues tend to polarize our society and kill the possibility of a rational debate.

Distortion of facts is not confined to ministers, TV anchors and public intellectuals; it is also reflected in the ongoing political discourse of ‘welfare state’ which has found centrality in the public speeches of policymakers and conventional economists. The clichéd welfare state has been used as a smokescreen to obfuscate the structural and political problems of the economy and our perennial puzzle of underdevelopment. Historical facts are distorted to offer a highly subjective rationale to justify visible failures of the government to translate the welfare ideals into practice under the neoliberal framework of the IMF. Imran Khan and his political coterie have not fully exhausted their options to translate their dreams into a welfare state but that requires some serious reflection. First of all, the government must have a long-term perspective of development which must be buttressed by a clear policy of some quick wins to dissuade the mounting political pressure. The most important and visible quick win would be investing in human development and some select initiatives of institutional reforms at the grassroots level.

However, these rural development entities must engage highly qualified professionals of social policy and development strategy to help build on their existing compendium of knowledge, outreach and operational depth. This is also needed from the perspective of bridging the gap between public policy debate and local development initiatives as well as the grassroots’ experiences. There has to be a strong in-house function with dedicated responsibilities to undertake advocacy campaigns, networking and policy engagement with local, national and international perspectives of development. Elsewhere in the world there is an emerging new concept of development journalism which is used as a powerful advocacy and policy engagement tool by development organizations. In Pakistan, the concept of development journalism is at its infancy stage. While the development sector is in crisis, there are no voices coming forth to salvage the crumbling edifice.

Development journalism must be an integral institutional function to improve outward communication, policy engagement, constituency building and most of all to ward off the invasion of social and formal media. The development-blind anchorpersons of our mainstream TV shows will only discuss development as a sensational common-sense issue rather than dwelling on a serious debate. It is of utmost importance to push forward some informed debate on economic development, poverty alleviation and rural development through the media. In order for this to happen, it is vital to bridge the gap between the media and our world of development. Development journalism is a new initiative undertaken by some senior journalists to mainstream the development debate. This genre of journalism has a bright future and our young journalists must opt for it as a career.