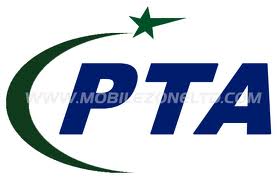 ISLAMABAD: Pakistan Telecommunication Authority (PTA) has claimed to have taken numerous measures to curb the menace of grey trafficking that is resulting in huge revenue losses to the exchequer.

According to the official documents available with Business Recorder, to curb the menace of grey traffic, PTA has taken effective measures both technical and regulatory, which resulted in reducing the menace to a greater extent.

Grey traffic in general can be defined as “the use of illegal gateway exchanges to by-pass the legal gateways and terminate/originate international traffic, through Voice over Internet Protocol (VoIP) to avoid applicable taxes and/or regulatory fee.”0

The PTA as per provision of deregulation policy reviews the ASR rate at which operators obtain traffic from foreign carriers. The authority has deployed a technical system for monitoring and reconciliation of International Telephone Traffic with the funding of LDI operators. The system became functional in May 2008 aimed at monitoring all international traffic being terminated into Pakistan.

On the issuance of International Clearing House (ICH) Policy Directive by Ministry of Information Technology & Telecom, the new system has been purchased, however it is yet to be installed.

Further a total of 88 joint raids with FIA have been carried out so far across the country since 2009. About 78 persons including 6 foreigners were apprehended during the raids besides confiscation of a total of 591 illegal gateways equipment.

Mobile numbers involved in illegal call termination (grey traffic) are being identified by Law Enforcement Agencies (LEAs) and Vigilance Directorate of PTA and blocked forthwith. Consequently, to avoid the loss to national exchequer caused through illegal voice termination the same are being blocked through concerned operators. A total of 77,352 SIMs have been identified by Vigilance Directorate PTA and 83,392 by LEAs and accordingly blocked on the respective networks.

The Ministry of IT & Telecom issued a Policy Directive on August 13, 2012 for setting up of International Clearing House (ICH) Exchange for international incoming calls for Long Distance International, Fixed-Line Local Loop, Wireless Local Loop and Mobile Operators. Since issuance of ICH Policy till May 2013 a total of 4 raids were carried out in Islamabad.

DG (FIA) has constituted a committee and requested coordination by PTA to curb the menace of grey traffic. Accordingly, a separate committee has been constituted in May, 2013, comprising officers from PTA and FIA with the scope of investigation and detections of illegal setups, planning of raid actions and follow-up of the cases. It has been decided that the meeting of the committee will be held twice in a month. So far a total of 22 raids have been conducted in 2013, out of which 18 raids were carried out by this joint committee in June-August 2013.